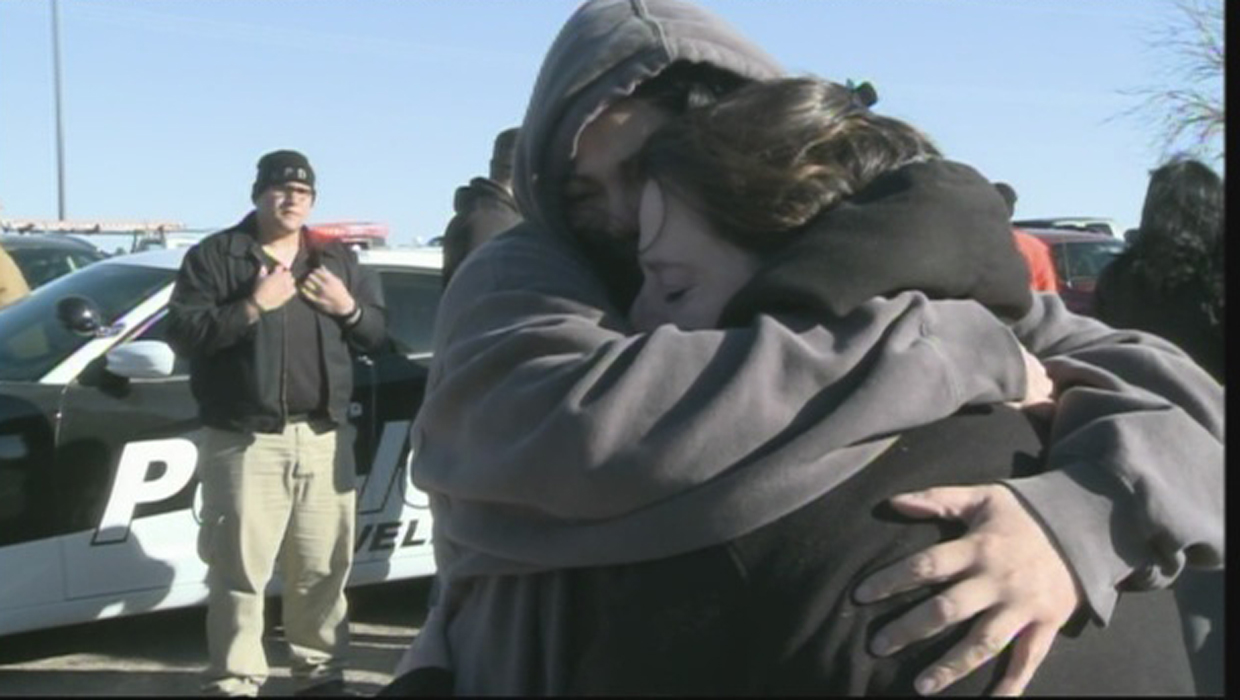 ROSWELL, N.M. - Officials at a Texas hospital say a 14-year-old boy transported there in critical condition was likely the target of a shooting that left students injured at a Roswell, New Mexico middle school Tuesday morning.

Roswell police said the suspected shooter was arrested following the incident at Berrendo Middle School. The school was placed on lockdown.

A spokesperson at University Hospital in Lubbock, Texas tells CBS News they received the 14-year-old boy and will receive a 13-year-old girl injured in the shooting. She is also reported to be in critical condition.

Officials at Eastern New Mexico Regional Medical say two students were brought there after the shooting. It is unclear whether either of those victims was then transferred to Lubbock.

Lorena Beltran told the Albuquerque Journal her daughter, who attends the school, said a male student was shot in the face. Beltran said she first heard about the shooting after her daughter texted her.

Sixth-grade student Anyssa Vegara said she was talking to a security guard when she heard a shot.

"I turned around, and all I saw was someone on the floor with their arm bleeding," Vegara told the Journal.

She said the security guard ran to assist the injured student, and school officials ordered all the students to their classrooms.

Eventually, she was able to text her mother, Monica Vegara.

"From the time hearing about it until the time she texted, it was a nightmare," Vegara said.

Fawna Hendricks, whose son is a seventh-grader at Berrendo Middle School, told the newspaper she heard about the shooting on the radio. "Basically I jumped outta bed, threw on clothes, panicked," Hendricks said.

Following the incident, children were being bused to a nearby mall, where parents could pick them up.

At the mall, parents waited anxiously for their children. Some held hands while others hugged each other.