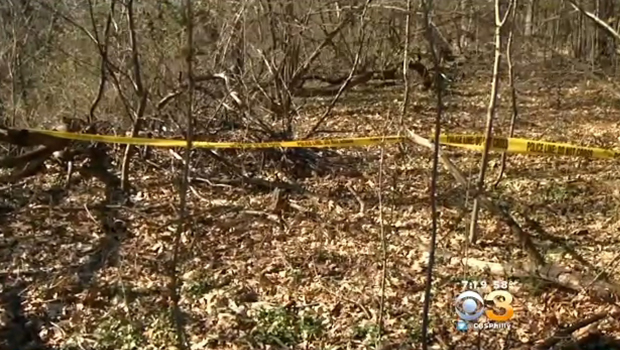 PHILADELPHIA -- An arrest warrant has been issued for the mother of a severely disabled man left in the woods for several days near a Philadelphia park, authorities said.

Nyia Parler left her 21-year-old son - who is quadriplegic and has cerebral palsy - lying in leaves and covered with a blanket next to a wheelchair and Bible while she left town, police said. He was found Friday night near Cobbs Creek Park.

Police believe he was left there between the time he and his mother were seen together on Easter Sunday and before his mother boarded a bus Monday for Maryland to visit her boyfriend, said Lt. John Walker of the Southwest Detectives division.

Walker said the victim was found was around the corner from their home and described the scenario authorities believe to have taken place this way: "She pushes him about 150 yards from the highway into the wooded area, takes him out of wheelchair, lays him on the ground, puts a blanket over him and leaves a Bible with him, and then just walks away."

During the period he was exposed to the elements, the young man was "completely defenseless" in an area with wild animals, with no water and in cold, damp weather, Walker said.

"It's only by the grace of God that he survived this. Amazing," he said.

Contacted in Maryland after the young man's school became concerned about her absence, the victim's mother told relatives and authorities that he was with her, Walker said.

"Obviously her statements made during the week were not truthful," he said. Her boyfriend, however, assumed other relatives were caring for the young man and "was in shock when he learned what happened," Walker said. A 16-year-old son also residing with the family is now the care of other family relatives, Walker said.

The victim was taken to The Children's Hospital of Philadelphia, where he's listed in stable condition, reports CBS Philadelphia.

"It hurt," says neighbor Steven Floyd . "It really hurt because knowing he was this close and none of us knew he was here and someone could have helped him. It's sad."

Authorities hope to have the mother, 41-year-old Nyia Parler, back in Philadelphia Monday as she is facing numerous charges pending a hearing. She is currently in a hospital in Maryland. A warrant was issued for her arrest Friday after a jogger found her son.

Parler, 41, of Philadelphia, will face charges including aggravated assault, reckless endangering, neglect of a care-dependent person, kidnapping, unlawful restraint and false imprisonment, according to police.

Walker said the son was hospitalized with dehydration, malnutrition, a deep cut on his back that caused concern about potential infection and possible eye injuries, but he appeared to be improving.

"He seemed to be a little happier yesterday," Walker said. "You could tell he knew his family was around and felt more comfortable."

A listed number for Parker couldn't be found Sunday and it wasn't clear whether she had an attorney.