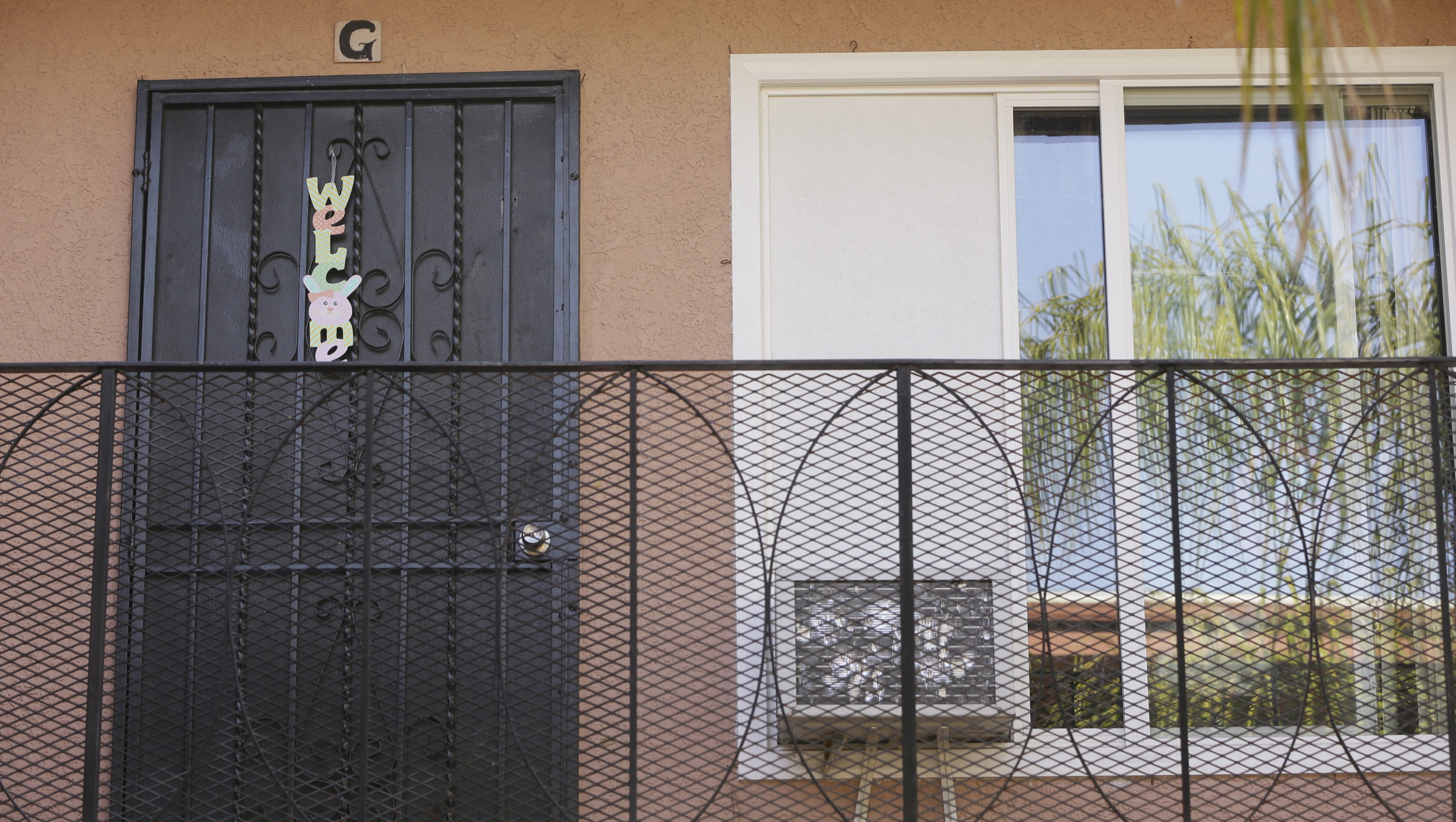 SANTA ANA, Calif. - A California woman who says she was kidnapped a decade ago by her mother's boyfriend lived a seemingly ordinary life with her alleged captor year after year, but she was too scared to go to authorities until she recently reunited with her mother, police said Thursday.

The woman, who disappeared when she was 15, eventually married the man and started a family with him. Neighbors said she worked for a nearby janitorial service, took Zumba classes and went on trips to the beach and Disneyland.

Orange County prosecutors on Thursday filed five felony charges against the alleged abductor, Isidro Garcia, including rape and kidnapping to commit a sexual offense. He did not enter a plea, and his arraignment was continued until June 9. He was jailed on $1 million bail.

Garcia's attorney said the woman's claims of physical and sexual abuse are lies made up because the couple is separating. Neighbors in a working-class city south of Los Angeles described an outwardly happy family, while authorities and psychologists cautioned that both could be true - Garcia could have been a doting husband who controlled his wife without physically restraining her through years of abuse.

The case began to emerge Monday, when the woman went two blocks from her apartment complex to the police department in working-class Bell Gardens and accused Garcia of domestic violence. During that conversation, officers learned of her connection to a 2004 missing-persons case in Santa Ana, about 20 miles away.

Santa Ana police interviewed both Garcia, 41, and the woman and concluded that the husband had been sexually abusing her a decade ago and kidnapped her after a fight with her mother, who was his girlfriend at the time.

After holding her captive, Garcia moved at least four times and gave her multiple fake identities to hide her from family and authorities, Santa Ana Police Cpl. Anthony Bertagna said.

The woman, whom police did not identify, told investigators she often thought about escaping but fear paralyzed her. She came to the United States illegally in 2004 and said Garcia used that to isolate her, telling her that her mother had given up searching and that if she contacted authorities, she would be deported.

The woman, who is now 25, told KABC-TV she followed Garcia's orders.

"I was 15. I couldn't do anything," she said. "I was very afraid about everything, because I was alone. "

Police said Garcia forced the woman to marry in 2007 and fathered a daughter with her who is now 3.

In April, the woman got in touch with her mother after finding her sister on Facebook to wish her a happy birthday, according to Bertagna.

The mother showed the daughter old news articles to prove that she had gone to the police and filed a missing-persons report, Bertagna said.

"The mother was able to show her that she was, in fact, looking for her," Bertagna said.

The criminal charges all date to a three-month period in 2004 around the time she went missing, which was Aug. 3, 2004, according to the criminal complaint.

Neighbor Ernesto Rios said he had a conversation with Garcia about three weeks ago, and Garcia said his wife's mother had come from Mexico and was causing problems.

Rios said Garcia told him that his wife "just wants to be with her mom, and she got married with me, not with her mom."

When reached by phone, the woman's mother told The Associated Press that police told her not to speak with any media.

Garcia's attorney, Charles Frisco, said outside Thursday's brief court hearing that his client denies all the allegations, never hit his wife and would never have prevented her from leaving.

"Like all married people and like all couples, people have problems, people break up and sometimes get very belligerent during the divorce process, the separation process, and say things that aren't true," Frisco said.

In Bell Gardens, several neighbors who knew the suspect as Tomas Medrano for the four years the couple lived there found the woman's portrait of him hard to reconcile with the friendly man they knew.

The woman's Facebook page, confirmed as hers by a neighbor, portrayed a happy family; as recently as May 1, she had updated her profile picture to include a family shot at a park. She frequently posted about the health of her young daughter, who suffered allergies and some fevers. Neighbors said she called Garcia "mi amor," or "my love," and was trying to conceive again.

"People say he was controlling, but I don't see him (as) smart enough to do that," neighbor Lourdes Hernandez said. "On the contrary, she used to manage the money. ... He wasn't that smart. She was."

Other neighbors said they sensed not all was well.

"He was always watching, you know, when she was outside, he was looking through the window," said neighbor Maribel Garcia, who used to babysit the woman's baby. "She would just look at him up and then she would go right back in."

The woman told KABC-TV that her neighbors might believe Garcia was a good man because he provided for her.

"He worked hard for me and my daughter, and he bought everything I want. But I didn't want that," she said. "I need love from my family, not things."

KABC-TV didn't identify the woman because she is a victim of sexual abuse. The station had interviewed the woman's mother when she went missing 10 years ago.

Garcia's jobs included making eggrolls at a Chinese food company and being a janitor at a Los Angeles County Department of Children and Family Services building. His attorney sought to cast doubt on his accuser's motivations.

"From a perspective of common sense, 10 years have gone by, and she never ever told one person that something was afoul?" he said. "Why is it she never said anything to indicate he did anything wrong?"

Bertagna pushed back against neighbors' assertions that the woman seemed happy. He pointed out that she was a teenager when she disappeared, and had just recently arrived in the United States from Mexico. She had no documentation and couldn't speak English.

"People are giving the impression that she was an adult," he told the Los Angeles Times. "She was a minor in a foreign country. That's a very important part of this."

Psychology experts said it's not unusual for kidnapped victims to stay in an abusive relationship while appearing to have a normal life. Their basic needs, such as food and shelter, are met.

"We're built in a way to form an attachment to anyone who takes care of us," said Jennifer Freyd, a psychologist at the University of Oregon.

And it can be risky to flee. Police said the woman tried to escape twice but was severely beaten. Reality can be further distorted when victims marry their captors or start a family.

Witness accounts of a happy couple and the defense attorney's statements about Garcia's innocence do not change the case against him, said Farrah Emami, a spokeswoman for Orange County's district attorney.

"Over the course of many, many years, her freedoms may have increased, but she was still mentally his captive," Emami said. "I'm sure the neighbors are stating what they saw, but what was going on privately in the home was different. This was prolonged and extended emotional, physical and sexual abuse."