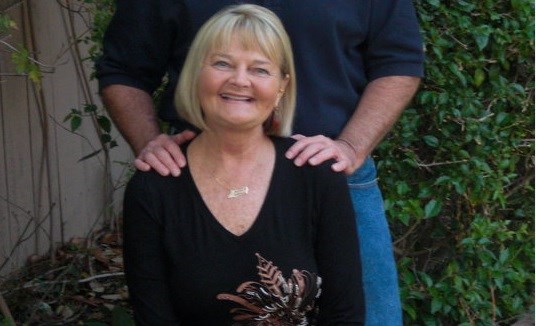 SAN DIEGO -- A community activist was painting over graffiti in a San Diego neighborhood when she was struck by a suspected drunk driver who police say was involved in a road rage altercation.

Police said 69-year-old Maruta Gardner died after being hit in the Mission Beach area Friday when the driver of a Toyota Corolla passed a Ford Mustang and went onto the shoulder. After striking Gardner, the driver sped away but was arrested a short distance away.

Police said the hit-and-run was the result of a road-rage altercation. The Toyota driver - 23-year-old Jonathan Domingo Garcia - was booked for investigation of vehicular manslaughter, DUI and hit and run.

The victim was beloved by those in the Mission Beach community -- described by friends as a "superstar" and a "good friend," according to CBS affiliate KFMB.

"There is no job too big or too small. She has her fingerprints all over this community," her friend, Michiel Kuhlken told the station.

Affectionately know as the "Graffiti Lady," Gardner's impact can be seen throughout the community, reports KFMB. This past November, the San Diego City Council even dedicated a day in her honor for her decades of volunteer service.

"If we were on walks and we saw graffiti, we would take a picture with our phone -- we'd send it to Maruta and the next day, she is out painting over it," friend Stevie Wheeler said.

After the suspected hit-and-run, Gardner suffered a skull fracture and was hospitalized with life-threatening injuries, according to the station. The San Diego Union-Tribune reported that Gardner was taken off life support Saturday.