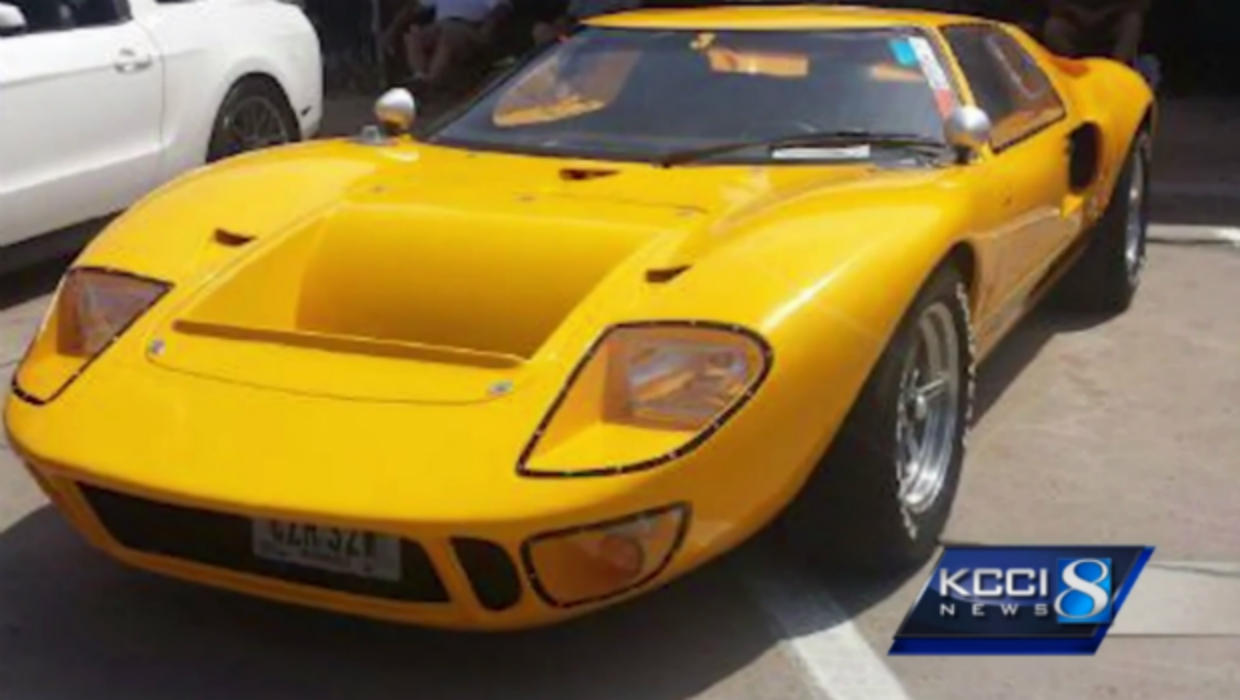 When the car's owner, Marshall County Supervisor Steve Salasek, reported on July 25 that it was missing, police and residents combed the town looking for the rare vehicle.

"It was a very unique car and I feel pretty comfortable saying it was probably the only car like this in Marshall County, maybe in the central Iowa area," Marshalltown police Chief Michael Tupper said.

Two days later, police were surprised to discover the alleged thief driving it around the very same town.

Multiple residents reported seeing Patrick Allen Chamberlin cruising in the vintage ride, which looked as if it had been hastily spraypainted black, leaving splotches of its original yellow peeking through the new color.

"If it hadn't been for the community's involvement and interest in this story, we probably would not have found the car," Tupper said.