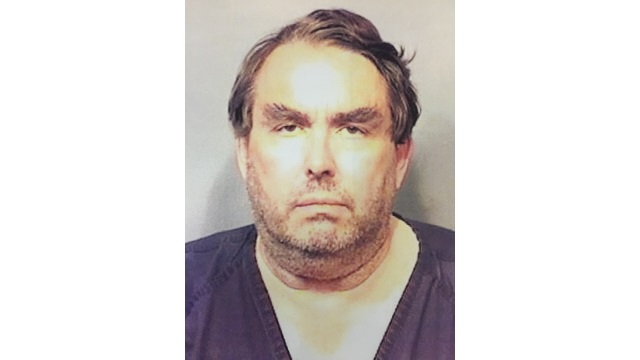 MELBOURNE, Fla. - Authorities say a pilot reeked of alcohol and "was flushed and sweating" after his plane struck a communications tower on the ground at Melbourne International Airport in central Florida.

Christopher Hall, 57, of Satellite Beach, Fla., was charged Wednesday with reckless operation of a vessel and child abuse without harm. His 10-year-old son also was aboard the twin-engine Cessna as it was preparing to fly to Dayton, Ohio.

The plane taxied across grass at the airport at around 4:30 p.m. Wednesday before hitting the tower. An air traffic controller told airport police that Hall didn't heed instructions and his speech was slurred.

A police report indicates air traffic control told Hall his flight plan to Ohio had expired and ordered him to return to his hanger. He allegedly failed to comply.

Air traffic control also reported hearing "screams of a young child" on board Hall's aircraft, according to the police report.

Police officers who searched the plane say they found a half-empty bottle of cognac, a water bottle that had a clear liquid that smelled of alcohol and an unopened bottle of wine.

The accident is being investigated by the Federal Aviation Administration.

According to the police report, Hall appeared to stumble while walking and seemed off balance when he entered the police station.

CBS affiliate WKMG reports the 57-year-old, who works as an engineer, was released from custody Thursday morning after posting a $4,000 bond.

Prior to the crash, air traffic control officials ordered Hall to roll the aircraft back to its hangar, but he refused, officials say, according to the station.

"Hold your position, I didn't tell you to move," an air traffic controller is heard saying. "would you return to your hanger and call the tower please, sir?"

Lori Booker, a spokeswoman for Melbourne International Airport, said she is proud of the airport operations team, "especially the experienced and alert (air traffic control) professionals who denied runway access to the aircraft."

Lt. Pete Mercaldo of the Melbourne Police Department said minor injuries were sustained in the crash, according to the station.

It is unclear whether authorities contacted the Department of Family and Children Services. The 10-year-old was reportedly turned over to a family friend.

The police report indicates that when authorities contacted Hall's wife, who was on vacation in Hawaii, she told them that her husband has a drinking problem and that "she was not surprised."

"He has been known to drink alcohol in the morning prior to flying," the wife told authorities, according to the report.