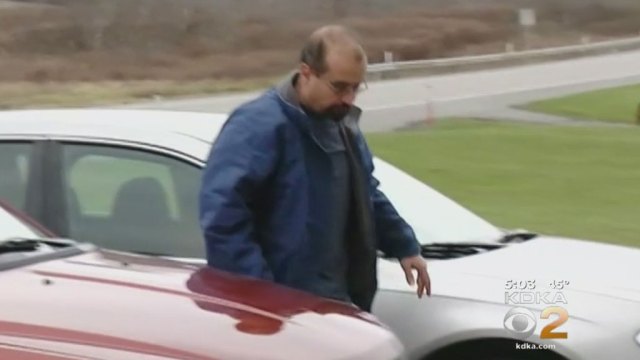 PITTSBURGH - Investigators say a Pennsylvania man sexually assaulted seven girls, between the ages of nine and 13, at his home, reports CBS Pittsburgh.

Police say 43-year old Michael Dematteo of New Castle, Pa., assaulted girls who slept over at his house between 2008 and 2015. Dematteo lived with a woman and her daughter at the time, police said, but they did not elaborate on the nature of the sleepovers.

The victims told detectives that Dematteo made them watch pornographic movies, forced them to touch his private parts, and touched them inappropriately. Sometimes they played a game called "The Purge" where all the lights were turned off, and whoever got caught had to let him fondle and lie on them, according to police.

"These juvenile females would come to the house to visit and he really kind of made himself a part of their environment, spent time with them in the basement. On the outside it would appear as a caring or devoted parent spending time with the children," State Trooper Harry Gustafson said.

Detectives say none of the victims were forced to have sexual intercourse with Dematteo.

"One juvenile was pushed too far, had enough, came forward and disclosed, and then once that first child was brave enough, the others feel comfortable talking about their experiences," Gustafson said.

Dematteo is described in a criminal complaint as acting more like a teenage male than a caring parent. Detectives said the woman who lived with Dematteo was also in the house at the time of the alleged assaults, but was unaware they were happening.

"The mother in this case acted extremely appropriate, when it was disclosed to her, she took her daughter and moved out, got her out of the situation," Gustafson said.

The charges against Dematteo include felony indecent assault, indecent exposure, and corruption of minors. Dematteo is free on bond with a preliminary hearing scheduled for next week.