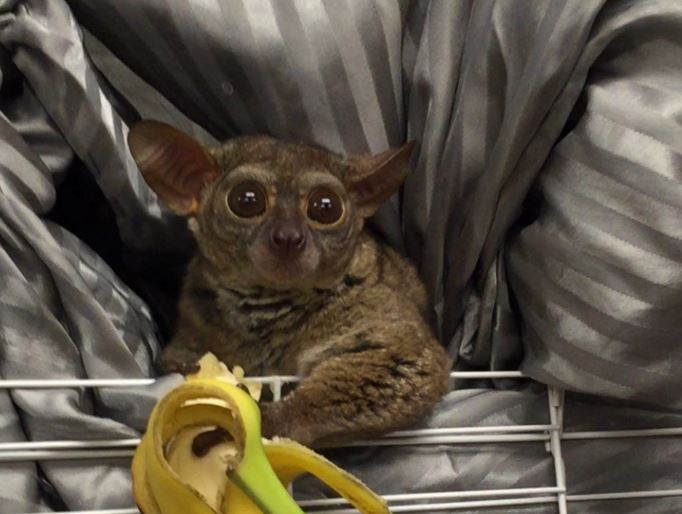 EUGENE, Ore.- As far as tips for services go, using an exotic primate to reward a worker for a job well done is unusual for the Pacific Northwest.

However, the Eugene Police Department says that is exactly what Nathan Allen McClain did recently, when he handed over a "bushbaby" primate to a traveling prostitute, reports CBS affiliate KVAL in Eugene. Bushbabies are small primates native to Africa actually named Galagos that earned their nickname because they have large eyes and cute faces.

In addition to the primate, police believe McClain used money reported stolen from his Zany Zoo Pet Store that was intended for Girl Scout cookies to secure the unnamed prostitute's services.

According to EPD, Zany Zoo Pet Store reported burglaries on March 1 and March 6, in which money intended for Girl Scout cookies, a laptop, and the Galago were allegedly stolen.

Police now believe, however, McClain needed cover to pay for his dalliances.

While being interviewed two days later, McClain revealed he paid the prostitute for sex with a deposit and donation money from the store, reports KVAL.

McClain was arrested again for prostitution on April 21 and released later that day.

Official say the Galago, named Gooey, is safe and at a sanctuary nearby until the situation is straightened out.

A woman claiming to be McClain's wife posted a message to Facebook following the incident attempting to distance herself and the Zany Zoo Pet Store from McClain's behavior.