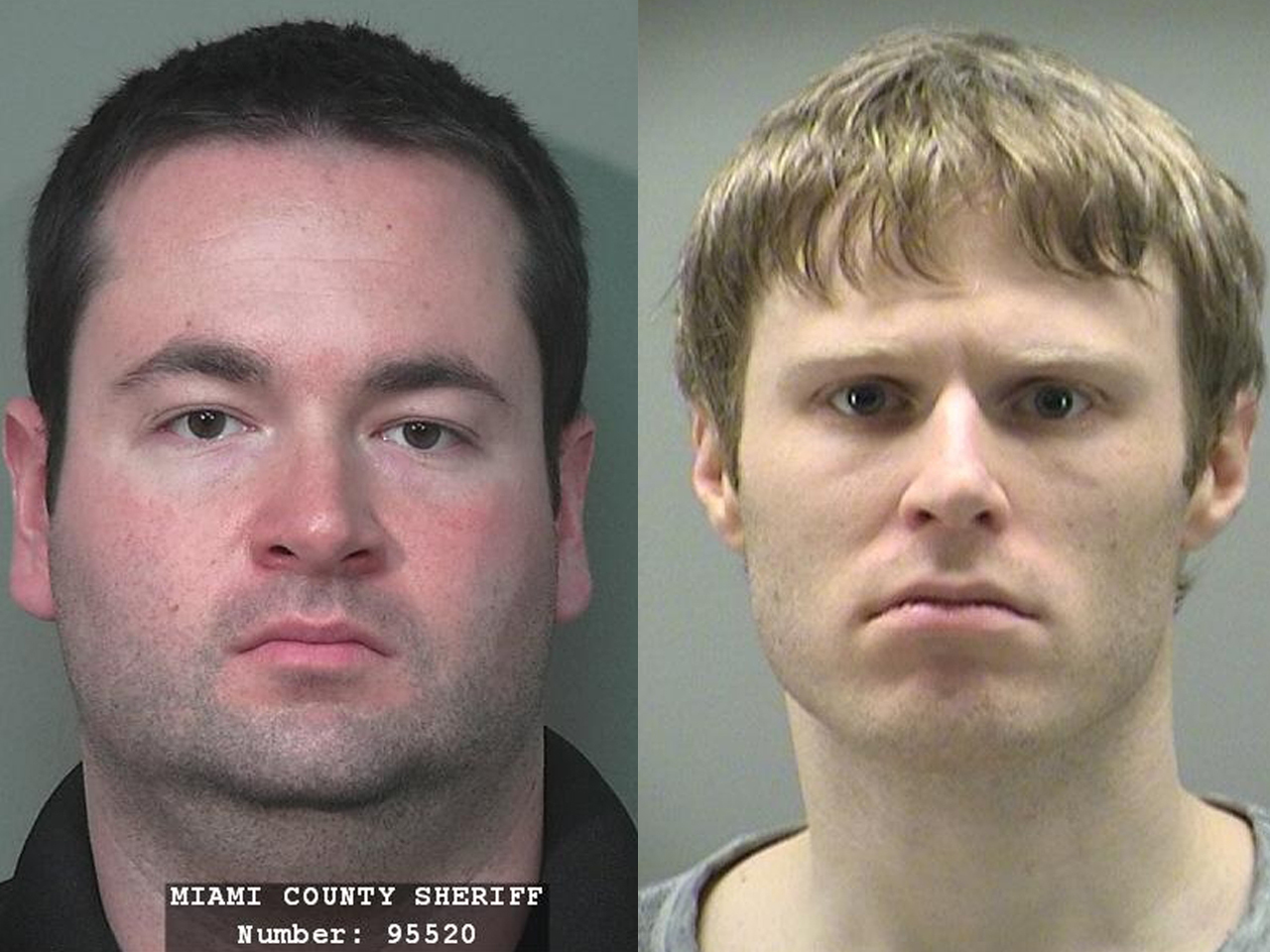 Officials said the father hired one of the boys, a 10-year-old, out for sex, prostituting him. The father and two other men remained in jail Thursday on rape charges. The father's name is being withheld by The Associated Press to protect the children's identities.

The boy shook when asked about being prostituted to two men, according to police. They said the child was fearful of talking because he didn't want to be taken from his home or separated from his new siblings.

Troy police said they impounded the father's truck and seized four laptops from the home and a video camera and two wooden paddles from the master bedroom. The father worked out of his home as an insurance claims adjuster.

School officials said the man had recently withdrawn the three adopted children from school, saying he would home school them. A neighbor said he had no idea anything lurid might be going on in the home.

"You don't know what goes on inside people's homes," said neighbor Ed Rogers, who had lived across the street from the man the past five years in a neighborhood lined with single-story ranch homes, typical in this working class city of 25,000 people about 20 miles north of Dayton. "I'll never look at that house the same way again. I'll just look at it with sickness."

The man at the center of the investigation is a longtime Troy resident who had been involved in a local youth basketball program. Police Capt. Chris Anderson said police so far haven't found any signs of any inappropriate behavior with other children, even as calls poured in from worried parents.

"Shock and disbelief," Anderson said of the community's reaction.

Rogers and his wife, Sherry, said the man was something of a loner but would chit-chat when out mowing his lawn or when the kids were playing outside. Sherry Rogers recalled Thursday that his blinds were usually drawn shut at his home, a few blocks from an elementary school.

Police said they had hadn't found any records of past criminal charges against the man. He had adopted three children, including a 9-year-old girl, and was in the processing of adopting the fourth who lived with him.

The children came from Texas, where state officials said Thursday they have been reviewing their records but had found nothing out of the ordinary or outside of procedures, which include background checks, and parental training.

"We're sick about the results, but it's not that the process was not followed," said Patrick Crimmins, spokesman for the Texas family services agency. "This appears to be a tragic but isolated incident."

Ohio children's services officials said they were also reviewing the adoptions, handled through a private agency certified by the state. Ohio spokesman Ben Johnson said the adoptive father was first certified as a foster parent in Miami County in 2005. He said Ohio and Texas officials were in communication about the case.

The case comes as Ohio Gov. John Kasich and Attorney General Mike DeWine have made investigating human trafficking and exploitation of minors a priority.

"This is a horrible situation," DeWine said. "It's always shocking whenever you have children who are abused, and when children are sexually abused ... this is so reprehensible."

The adoptive father was going to meet the undercover detective at a McDonald's in a nearby city, but police moved in two days before the scheduled meeting, according to records. They confronted the man with text messages and online communications about arranging sex with the boy, police said in a case report filed in court.

Federal and state prosecutors and investigators and police from three Ohio cities were meeting to discuss how to proceed. The FBI said it was pursuing federal sexual exploitation charges.

The adoptive father was being held on $800,000 bond Thursday. The Miami County public defender's office didn't return a message.

Jason Zwick, 29, of the Dayton suburb of Beavercreek was being held in Miami County on a rape charge and $500,000 bond. A message was left for his attorney. Patrick Rieder, 31, was charged with four counts of child rape, the Montgomery County prosecutor's office said. Rieder was being held Thursday without bond in Montgomery County. No attorney information for him was immediately available.

The Montgomery County prosecutor on Thursday also charged the adoptive father with one count of child rape and four counts of complicity to commit child rape, based on an allegation of sexual assault in Rieder's Dayton home. Prosecutor's spokesman Greg Flannagan declined to discuss details of the new charges, filed in addition to the earlier Miami County charges.