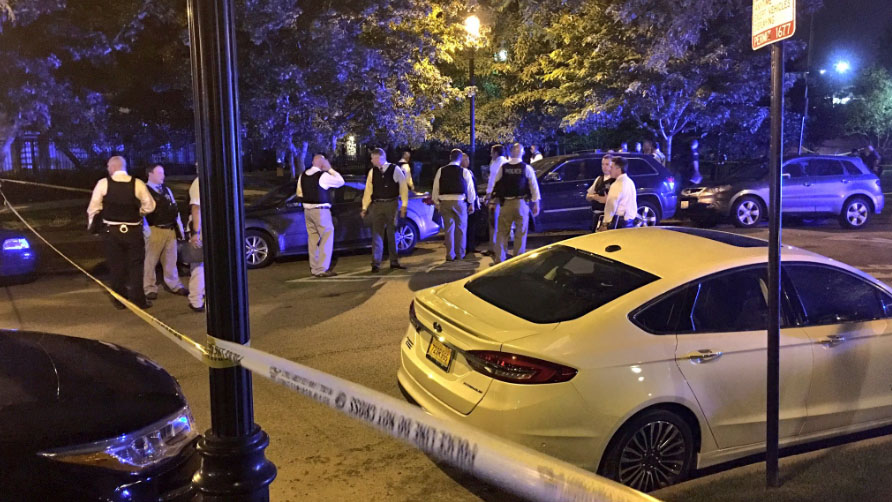 CHICAGO -- A Chicago police officer was wounded Thursday evening during a gun battle with a suspect in the South Loop, officials said, CBS Chicago reported.

The incident occurred around 8 p.m. at 18th and Calumet

The officer who was shot was on bicycle patrol with a partner when a citizen told them a man was behaving "erratically" at Fort Dearborn Park, Chicago Police Supt. Eddie Johnson told reporters.

The officers approached a man who was talking on a cell phone and asked him to hang up so they could interview him. The man pulled a gun out of a backpack and began firing at the officers, striking one in the thigh, Johnson said.

Both officers returned fire, fatally wounding the suspect, he said.

The officer applied a tourniquet to his own leg and was taken to Northwestern Hospital, where he was expected to be all right, Johnson said.

"This is just another example of too many guns, too many people willing to use them," Johnson said. "But it also illustrates how Chicago police officers put their lives on the line every day to keep the city of Chicago safe."

Neighbors were shocked at the gunfire.

"It's really quiet, it's really peaceful. Everybody knows everybody in this neighborhood," Bruce Mendes said. "It's shocking. I hope the police officer's okay."