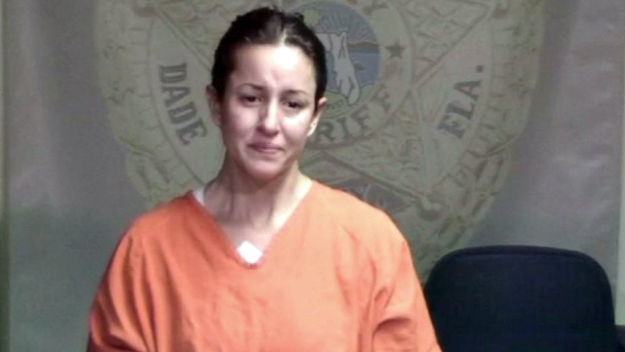 MIAMI -- A judge has ordered a Miami mother to have no contact with her daughter after a fire broke out in their Miami home.

CBS Miami reports that Erica Rosello, 32, has been charged with child neglect with great bodily harm and was placed under house arrest.

Rosello was allegedly outside of her home when a fire broke out Thursday night. Police said she made no attempt to save her 5-year-old daughter, who was inside the home screaming for help.

The girl's grandmother was given custody of the child.

When firefighters arrived, neighbors told them they heard a child's cries coming from inside the unit that was on fire.

"The bed was literally two feet from the window and I happened to see the little girl," said Miami-Dade Firefighter David Arrencibia.

Arrencibia told CBS Miami there was no time to wait for a ladder. He smashed a window and his partner gave him a boost into the bedroom where he saw the girl through the smoke.

"I could tell she was unconscious. It was picking her up, turning around and taking her out the window," said Arrencibia.

Rosello's daughter was taken to the hospital with smoke inhalation. She's expected to be okay.

The cause of the fire remains unclear.