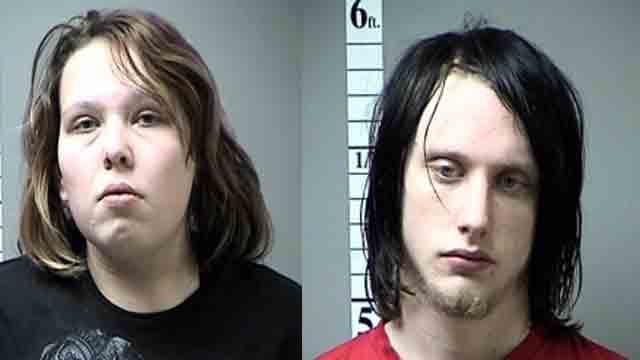 WENTZVILLE, Mo. -- A Missouri father is facing child abuse charges after allegedly shoving his fingers down his infant son’s throat to make the baby stop crying.

Investigators say 19-year-old Robert Burnette of Wentzville also threw his 6-week-old son onto a bed, violently shook him and picked him up by the back of his neck. Police say the baby’s mother watched without intervening.

The baby was listed in critical but stable condition Monday at a St. Louis hospital.

The mother, Megan Hendricks, witnessed the abuse but did not seek help, police said. The alleged abuse occurred between Oct. 18 and Nov. 7, CBS affiliate KMOV reported.

According to court documents, Hendricks said she refused to leave the situation with the child because she didn’t want to have a confrontation with Burnette. Police say during her interview, she showed no emotion regarding the condition her son was in and only referred to him as “the kid,” KMOV reported.

The baby is currently being treated for bleeding of the brain, a lack of oxygen to brain tissue, possible liver contusions, and a list of other ailments. The baby was listed in critical but stable condition Monday at a St. Louis hospital.

Neither Burnette nor Hendricks has obtained an attorney. Both are scheduled to appear in court Tuesday.

Wentzville Police Chief Kurt Frisz says the case was shocking because of the “outright savageness of the assault.”