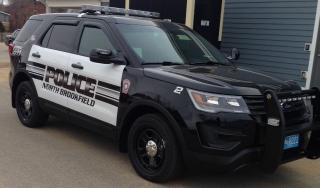 NORTH BROOKFIELD, Mass. -- Police in Massachusetts are searching for suspects who allegedly threw a hatchet at a black teen and yelled racial slurs at him.  WHDH-TV reports the 14-year-old was stepping off his school bus in North Brookfield on Tuesday when two masked men in a passing car yelled at him and threw the hatchet at his head.

The boy's mother says he ducked out the way and the hatchet narrowly missed.

"It went right past his head. He ducked back," the woman told WHDH. "It landed right in front of him."

"There's no reason for those words to have been said," Smith told the station. "I can't look at it any other way than a hate crime."

Police are currently increasing patrols at area bus stops as a result.