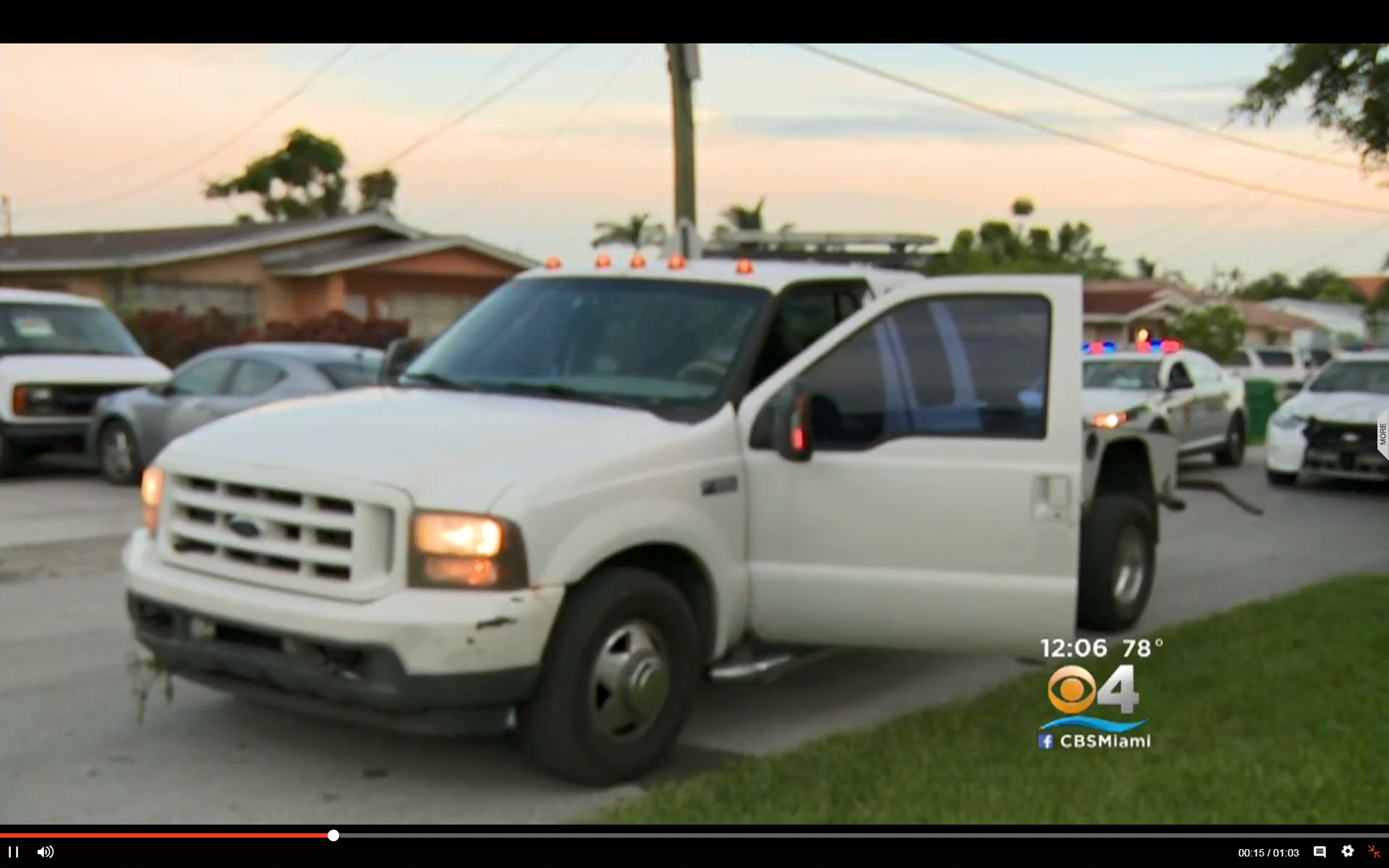 MIAMI -- Two men who Florida police say tried to impale an officer with a tow truck are charged with attempted murder. The Miami Herald reported Wednesday that 26-year-old Yariel Valdespino Rodriguez and 32-year-old Sergio Aguirre have been arrested in connection to the crime.

According to CBS Miami, police say the driver of the tow truck stopped, lowered the lift arm, and drove the truck in reverse at a high rate of speed, slamming into one of the police cruisers "in an attempt to impale the officer." The officer was not injured.

"It could have gone through the windshield and killed our officer," police spokesman Alvaro Zabaleta reportedly said on Wednesday morning, referring to the tow truck boom.

The newspaper doesn't say if the two suspects have lawyers.