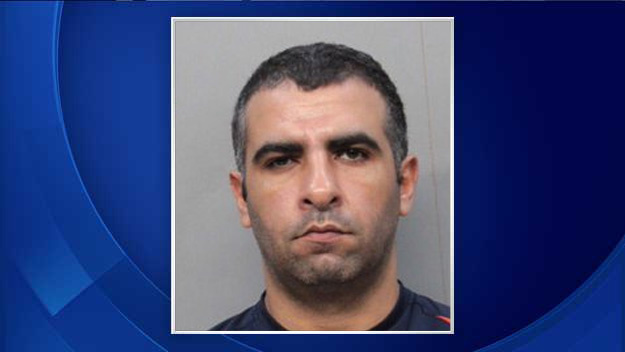 MIAMI, Fla. -- The search is over for a man wanted in connection to the murder of his wife in a Miami Beach apartment, according to CBS Miami.

On Tuesday morning, police tweeted a wanted poster for 36-year old Samir Jemaaoui on a charge of second degree murder. A few hours later, they posted that detectives had positively identified him during a death investigation.

Police say that Jemaaoui had jumped to his death from the top floors of a downtown Miami condo building, according to the station.

Just after 7 p.m. Monday, police say they received a call from security personnel. Officials say that the woman's children notified security that their mother was assaulted in their apartment.

When police arrived, they found the body of 31-year-old Ines Marx, according to the station. Investigators have not said how she died.

According to CBS Miami, records show that Jemaaoui was arrested two times last year on battery charges. In both cases, the victim reportedly filed a stay-away order against him.

According to a July police report, Marx told police she was very afraid of Jemaaoui and said he abused her "all the time."

The children, ages 4 and 6, were reportedly turned over to the Department of Children and Families after no family members showed up at a temporary shelter hearing.

Another hearing has been scheduled for later this month, according to the station.