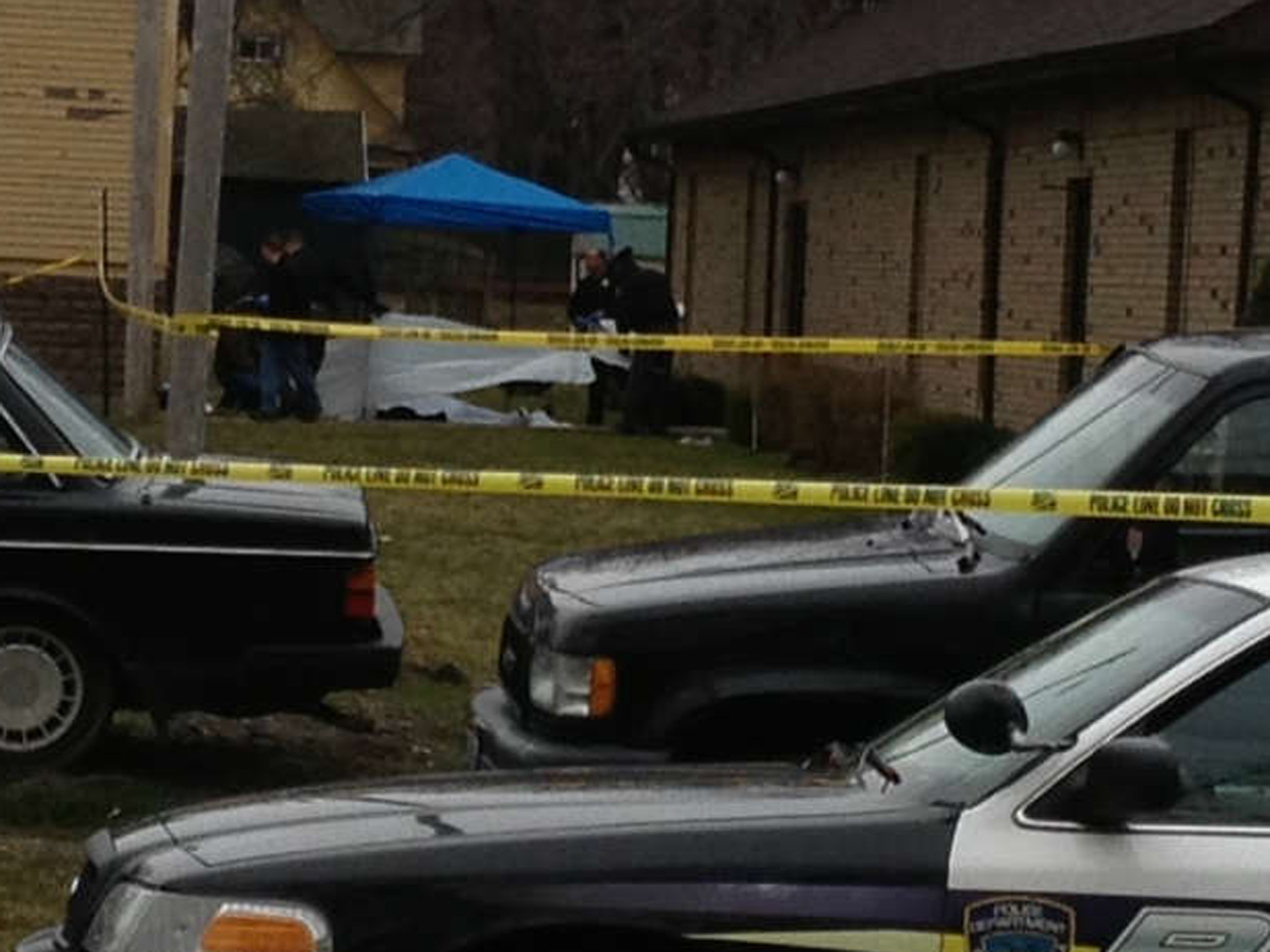 ASHTABULA, Ohio Police in northeast Ohio are investigating a shooting outside a church that left one man dead after Easter services ended.

Authorities the early afternoon shooting occurred at the Hiawatha Church of God in Christ. A suspect was taken into custody.

Police say the suspect was outside the church, waiting for the victim to emerge.

One of the church's pastors told the station the gunman went inside and sat down after the shooting.

Stell said the suspect still had his weapon in his hands when officers arrived. Stell also said the victim's mother witnessed the shooting.

Stell told the Star Beacon in Ashtabula that dispatchers received multiple calls about the shooting from inside the church and that a mass shooting was feared. He said at least six other law enforcement agencies rushed to assist local police.

The Plain Dealer newspaper in Cleveland reported that the church's pastor said congregants were leaving when they heard a gunshot.

"People pushed me into a back office and said, 'Somebody's here with a gun,"' said the Rev. David Howard Jr. "The guy was outside hollering and acting crazy."

There were no immediate reports of any other injuries.

Howard said the church has about 175 members. He said people at the church didn't know what led up to the shooting.

"It's such a tragic loss," Crockett said.

County Coroner Pamela Lancaster told the Star Beacon that Riddle's wound was "immediately fatal." She said the body will be transferred to the Cuyahoga County coroner's office for autopsy.