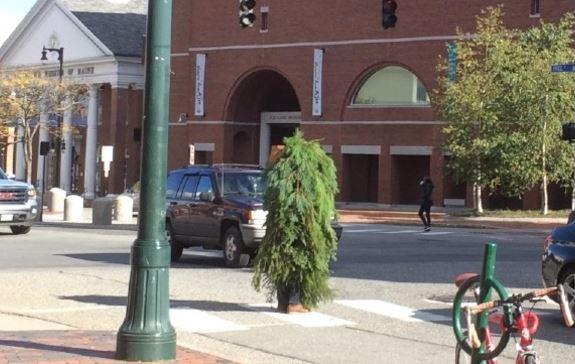 They say the man didn’t respond to officers when they warned him against obstructing traffic in a busy intersection in downtown Portland.

Video of the man being arrested after he blocked traffic again soon spread on social media.

The man was charged with obstructing the public way. Police removed the tree outfit and gave it to Public Works to take care of, CBS affiliate WGME reported.

A friend of the man says he was trying to study the city’s traffic patterns.

The man appeared to be dressed as a pine tree or other type of evergreen.