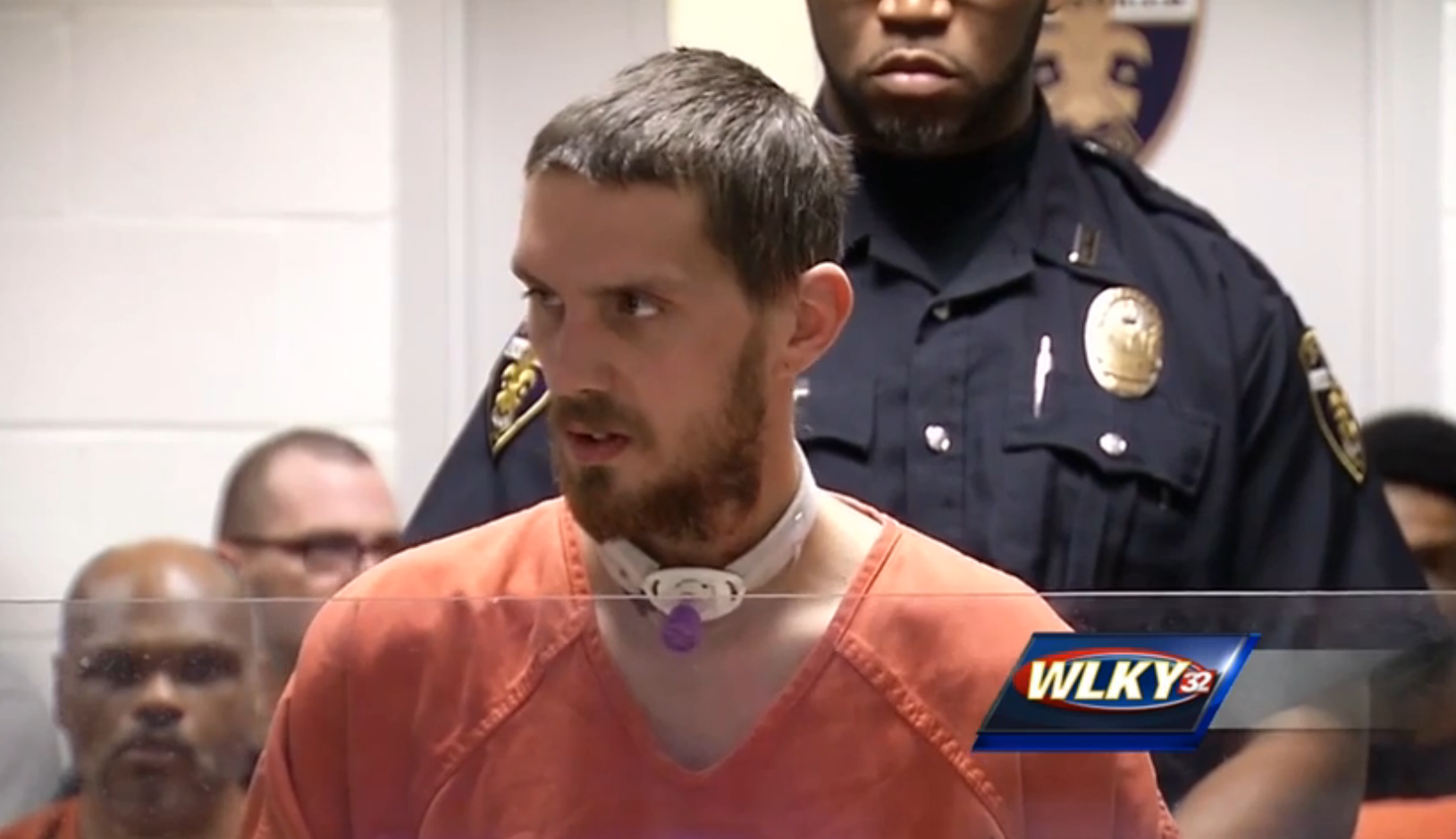 LOUISVILLE, Ky. -- A man who police said was shot by his victim during a robbery attempt in a parking garage last month is out of the hospital and in jail, reports CBS affiliate WLKY.

John Ganobick faces charges of robbery, wanton endangerment and assault in connection with the attack that left him hospitalized on Jan. 26.

Louisville police said a woman noticed Ganobick following her before she entered a parking garage at around 6:15 p.m. The woman said he followed her into the garage elevator, which made her feel uneasy.

She said when the elevator reached her floor, she began to run to her car, but Ganobick chased her.

As she tried to get into her car, Ganobick allegedly slammed her head into an unknown object, told her to "give me all your (expletive) money," and showed her a knife, the arrest report said.

The woman told police Ganobick was thrusting his knee toward her torso and trying to push her into the passenger seat of the car.

She pulled out her gun, but it did not fire, she said. Ganobick allegedly punched her in the face and moved the knife toward her head, she said.

The woman fired again, striking Ganobick, who was taken to a hospital and treated for his injuries. He has since appeared in court with a tube inserted into his throat.