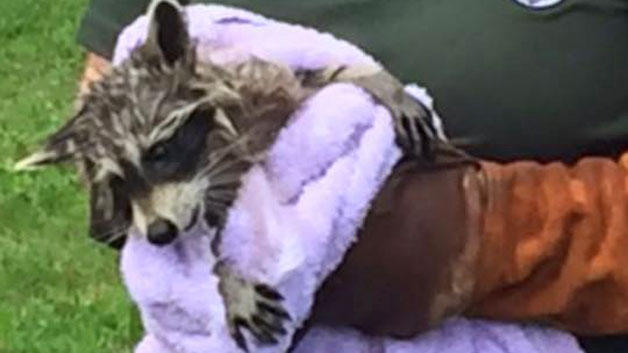 NORTHAMPTON, Mass. – A raccoon was rescued from a sewer drain in Northampton on Wednesday, and the picture tells a thousand words.

A picture shared on Northampton Police’s Twitter account shows the raccoon lodged in one of the holes of the drain at the VA Medical Center, with only its head visible, CBS Boston reported.

After some time, officers were able to free the raccoon using cooking grease.

The animal was unharmed.