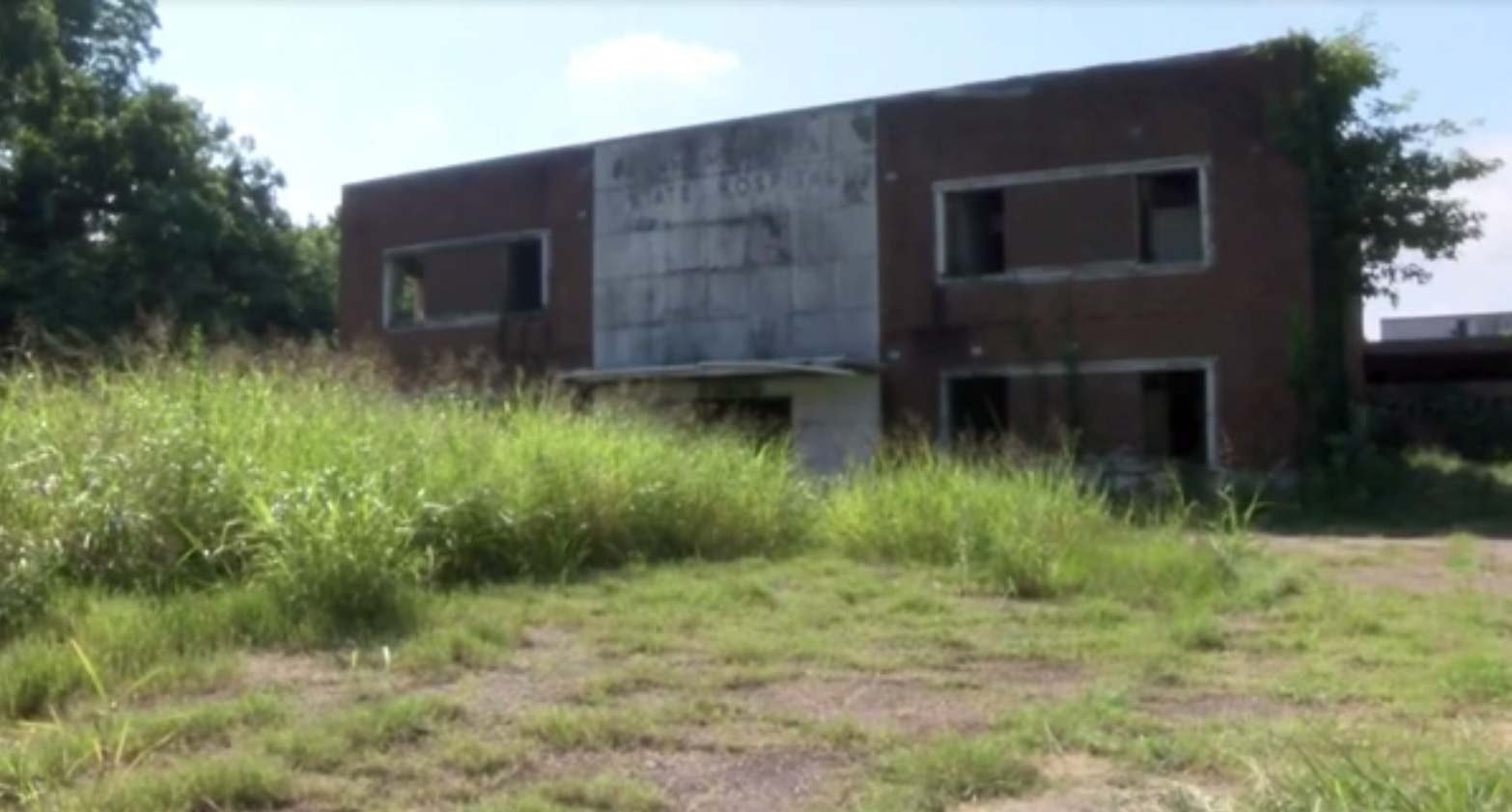 VICKSBURG, Miss. -- Police have identified a murder victim who was found by ghost hunters Sunday near an abandoned hospital.

Sharon Wilson, 69, was killed early Sunday morning, according to police. Her body was discovered by ghost hunters around 7 p.m. that evening, outside the Kuhn Memorial State Hospital, a notorious shuttered facility that dates back nearly 200 years.

Wilson suffered trauma to her head, but Vicksburg Police Chief Walter Armstrong told 48 Hours' Crimesider an autopsy conducted Monday will determine the cause of her death.

Armstrong said police expect to charge Raphael McCloud, 33, in connection with the murder.

"Raphael has admitted to some involvement," Armstrong said.

McCloud was taken into custody with his nephew, Akeem McCloud, 20, after the police in nearby Leland, Miss., pulled the duo over while driving in Wilson's allegedly stolen Nissan Murano.

Police began searching for Wilson Sunday after Leland police stopped Raphael and Akeem McCloud, realized the vehicle was stolen, and allegedly found a stolen firearm inside.

Police were sent to Wilson's Vicksburg home, and found the house ransacked. Armstrong say police have confirmed that Raphael McCloud was at the home.

"We don't know if the accomplice was with him at the time. We do know that Raphael definitely had been at her home," Armstrong said. "He'll be facing charges related not just to her murder, but also leading up that. He took her from her home and there are charges related to that."

Not long after police searched Wilson's home, as well as a stretch of Sharkey County, Miss., where Raphael McCloud allegedly told police he left Wilson on the side of a road, a group of so-called ghost hunters found her body in the tall brush just outside the abandoned hospital. They had seen blood inside the building, and followed its path -- along which police say Wilson was likely dragged -- down a flight of stairs and out of the building, according to police.

Wilson's death was the fourth murder this year in the town of 23,000 people, Armstrong said. Last year Vicksburg had just one murder. Raphael McCloud is scheduled to appear in court Wednesday morning.

The hospital where the body was found has been vacant since 1989, according to The Clarion Ledger. It has since served as the setting for a local horror film and is often frequented by ghost hunters who believe the building is haunted.