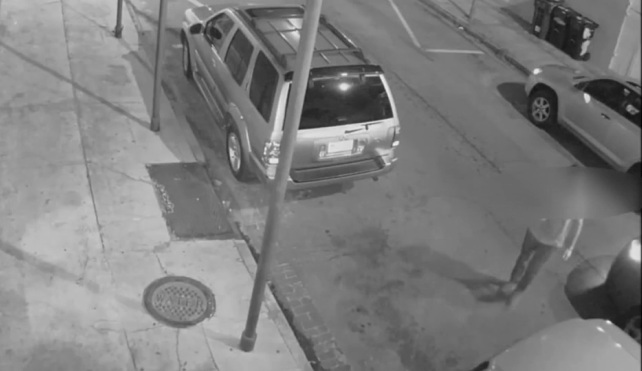 NEW ORLEANS -- New Orleans police have identified a man accused of shooting a medical student who stopped an apparent kidnapping.

Tulane University and Crimestoppers are offering up to $12,500 for information leading to arrest and indictment.

Surveillance video released by police shows a man dragging a woman toward an SUV early Friday, and 25-year-old Peter Gold pulling up and trying to help her.

Police say the man demanded money and shot Gold when he said he didn't have any. A misfire apparently foiled an attempt to shoot him in the head.

The woman was treated for minor injuries.

"We're going to find you, we're going to prosecute you, and you're going to spend the rest of your life behind bars," Mayor Mitch Landrieu said at a press conference alongside NOPD.

According to the New Orleans Police Department, he suffered a gunshot wound to the abdomen. The NOPD Major Offense Log said the victim "went to assist a male and female who he thought was getting robbed and he was shot."

Landrieu said anyone who is helping Cain elude arrest will be prosecuted to the fullest extent of the law.

"We know who you are and you need to know that we are going to find you. We need the public's help to do this, but there is no question we know who he is, that he will be brought to justice, and anyone who harbors him is going to be arrested and you're going to be convicted to the full extent of the law as well," Landrieu said.