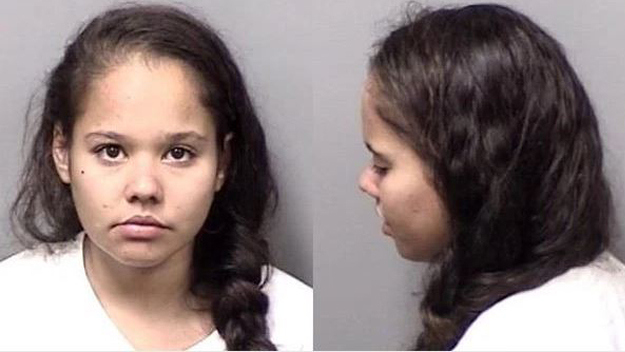 LECANTO, Fla. --A woman was arrested at a Walmart in Florida Tuesday, after allegedly driving a motorized shopping cart around the store while drinking wine, eating sushi, most of a rotisserie chicken and some cinnamon rolls, reports CBS Miami.

Deputies arrived at the store Tuesday after receiving a call from an employee who informed them of the alleged shoplifter in his custody, according to the station.

Josseleen Lopez, who was held for consuming $32.36 worth of food and wine, allegedly told detectives that she was homeless.

According to the station, the employee observed Lopez acting strangely and noticed a half-empty bottle of wine inside the motorized cart.

Apart from the cinnamon rolls, mini muffins, rotisserie chicken and two bottles of wine she is said to have consumed, deputies told the station they found two empty syringes, one in Lopez's purse and one in her backpack, after arresting her. She allegedly told detectives that she had used the syringes earlier to inject crystal meth, the station reported.