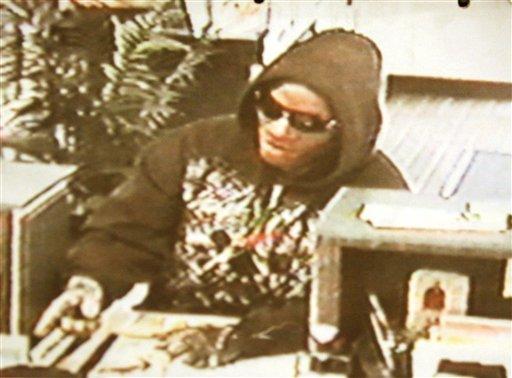 CINCINNATI (CBS/AP) A white man who pleaded guilty to six robberies in Ohio used a black man's mask so lifelike that police initially arrested a black man for one of the crimes, authorities said Tuesday.

The mother of the wrongly accused black man even thought a photo of the robbery suspect she saw on television was her son, the Hamilton County prosecutor's office and the attorney for the white defendant both said.

Conrad Zdzierak, 30, pleaded guilty Monday in a Hamilton County court to one count of aggravated robbery and five counts of robbery.  In exchange, prosecutors dismissed 12 charges and decided not to seek indictments for other crimes, prosecutor's spokeswoman Julie Wilson said Tuesday.

"Conrad apologizes to everyone, is sorry for any harm he has caused and accepts responsibility for his actions," his lawyer Christopher McDowell said.

Zdzierak stole about $15,000 in the robberies of four banks, a credit union and a pharmacy that occurred in March and April - crimes in which witnesses reported that the robber was black and surveillance video appeared to show a black man.

Zdzierak's resemblance to the black man who was initially arrested was so similar that some witnesses even identified a photo of the black man as the one who robbed them, McDowell said.

The prosecutor's office would not release the name of the wrongly accused man.

Zdzierak was arrested at a hotel in suburban Springdale after his girlfriend called police after seeing reports of the robberies and finding two masks and money stained by dye that is used to track robbers, The Cincinnati Enquirer reported.

McDowell said his client purchased the masks from SPFXmasks, based in Van Nuys, Calif. The silicone masks "look and behave like real flesh and muscle," the company's website says.

Owner Rusty Slusser said Tuesday his company's masks are normally bought for movies, Halloween, haunted houses and stage shows, but the Ohio case was not the first time they have been used for criminal purposes.

"We do not condone any illegal activity with our masks," Slusser said.

The unmasked robber faces up to 35 years in prison at his Jan. 7 sentencing.