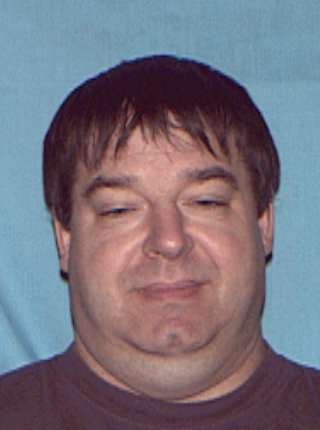 JEFFERSON CITY, Mo. - Authorities in Missouri say a former sheriff's deputy is suspected of killing his ex-wife and her new boyfriend before leading officers on a high-speed chase that ended with a shootout at an upscale hotel hosting a Christmas party.

The suspected shooter — former Dent County Sheriff's Deputy Marvin Rice — was in fair condition at a Columbia hospital after being wounded in the shootout.

Rice was captured at the Capitol Plaza Hotel in Jefferson City, where about 500 doctors, nurses and their families had gathered for a Christmas party. Among the hotel's other guests were members of a youth hockey team. No guests were injured.

Dent County Sheriff Rick Stallings said a witness reported Rice, 44, of Salem, shot a male and a female on Saturday and then took a 2-year-old child who he dropped off with a family member. Stallings said authorities were alerted at 6:30 p.m. to the deaths in a rural part of the county.

Below: A YouTube video posted by Jason Knipp shows Rice's car being chased by police in Jefferson City, Mo.

Stallings said the chase ended at the Capitol Plaza Hotel in Jefferson City, a prominent hotel near the Missouri state capitol. Rice parked in the hotel's parking lot and ran into the lobby, where shots were traded. Stallings did not say how many shots were fired or by whom.

KMIZ-TV reported an officer from the Jefferson City Police Department and a Cole County deputy both fired shots. The station says the officers weren't injured but will be on paid leave while the incident is investigated.

A spokeswoman at University Hospital in Columbia said Sunday morning that Rice was in fair condition.

The News Tribune in Jefferson City said the chase crossed at least two counties besides Dent before Rice arrived at the hotel about 9:20 p.m. It was not immediately clear how long the chase lasted, and authorities released few details.

A hotel manager, who declined to give his name, told The Associated Press that no guests were hurt. KMIZ reported a medical group was having a holiday party at the hotel during the shootout, but the manager said he was not authorized to discuss that.

"Everybody's fine; there's nobody injured" among those who were in the hotel, he said by telephone.

The hotel is a short distance from the state capitol complex, and its website indicates it's a regular host to conventions and other gatherings.

A Dent County sheriff's dispatcher, contacted by AP, declined to give details about the slayings in which Rice is a suspect. Wayne Becker, a Dent County special investigator, told The Columbia Tribune that the victims' identities were not being released until relatives were notified.

The Missouri State Highway Patrol, which was investigating, did not immediately release any information, and its public information officer did not return telephone messages seeking more details.