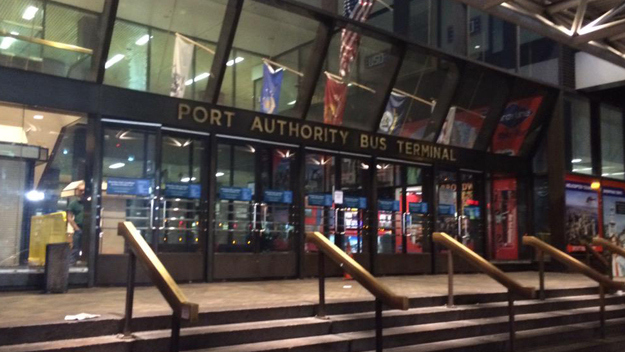 NEW YORK -- Police are investigating allegations that a woman was raped beneath or near New York City's Port Authority bus terminal Monday afternoon, by a man she met on the online dating service eHarmony.

Authorities say the woman, who lives outside New York City, arranged to take a bus into the city and meet the man at the terminal.

When she got to the busy, multi-story transit hub, he allegedly claimed to have a weapon, and forced her to leave the crowded main terminal, which has an extensive surveillance system and police presence. They went downstairs into the labyrinthine passageways beneath the Port Authority.

Police believe the suspect may have ultimately chosen a deserted subway tunnel for his attack.

After the alleged rape, the woman made her way outside where she flagged down a firefighter, who contacted police. The woman was brought to a hospital for treatment.

In a statement to 48 Hours' Crimesider, eHarmony said that as of Friday afternoon, investigators have still not reached out to the company seeking information related to the case, "nor (has eHarmony) received any information other than what has been reported in the press."

"We were shocked and saddened to learn about this tragic situation and are in the process of looking into it," the company said. "We use industry-leading technologies and a team of experts to screen potential users with the objective of keeping those with ill intent out of our ecosystem."

The company indicated that it will cooperate with law enforcement if requested.

Police have not said if they have suspects in the case.