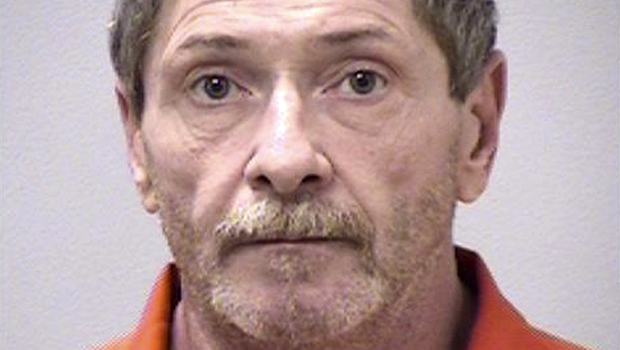 KALAMAZOO, Mich. -- A man accused of killing five people when he plowed his speeding pickup truck into a group of Michigan bicyclists had taken pain pills and muscle relaxers less than two hours earlier, according to police reports.

Charles Pickett Jr., 50, was initially charged with second-degree murder in the June 7 crash in Kalamazoo County. Charges of driving while intoxicated causing death were added later.

The reports were obtained on Wednesday by the Kalamazoo Gazette from the Kalamazoo County sheriff's department under the Freedom of Information Act. They say investigators also found marijuana, methamphetamine, beer and liquor in his truck.

A prosecutor had said earlier that Pickett was under the influence of drugs, but the release of the police reports provides the first details of what he had taken.

A state police report said the truck was going at least 58 mph in an area with a 35 mph speed limit.

Pickett's girlfriend told police he had been acting erratically the weekend before the crash and that he wouldn't let her leave their hotel room in Kalamazoo County's Oshtemo Township. According to the reports, he was upset by their relationship and the death of a cousin.

She told investigators he took 16 to 20 muscle relaxers about an hour and a half before the crash, then took 10 painkillers. According to the reports, Pickett told her: "I've taken this much before," and then said, "I'd be better off dead."

A judge has granted Koenig's request for a mental-health exam to will determine whether Pickett understands the charges and can assist his attorney. His next hearing is scheduled for Aug. 31.

The National Transportation Safety Board is investigating the crash. Besides the five deaths, four bicyclists were injured when they were struck from behind on a two-lane road in Cooper Township, 160 miles from Chicago.

According to the police reports, Pickett's pickup was traveling down the right shoulder, not on the road, when he hit the bicyclists. A witness told police he never saw brake lights come on from the truck.