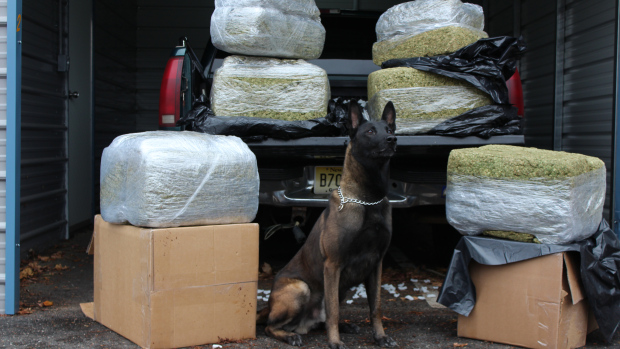 According to investigators, the investigation began when Narcotics detectives uncovered suspicious deliveries and activity at a self-storage unit.

Police say a person of interest was identified and he was spotted removing large boxes from the storage unit, placing them in a car and driving away.

Officers with the Cherry Hill Police Department stopped the driver for having a suspended driver's license and he was arrested on a local warrant. The driver was identified by police as 57-year-old Nelson Anderson of Camden.

A K-9 with the Cherry Hill Police Department named Mika was brought to the scene and detected a narcotic odor.

The vehicle was impounded and officers applied for a search warrant of the car and rental unit.

After an investigation, it was determined that the marijuana was stored in Cherry Hill, but it was distributed in the city of Camden.