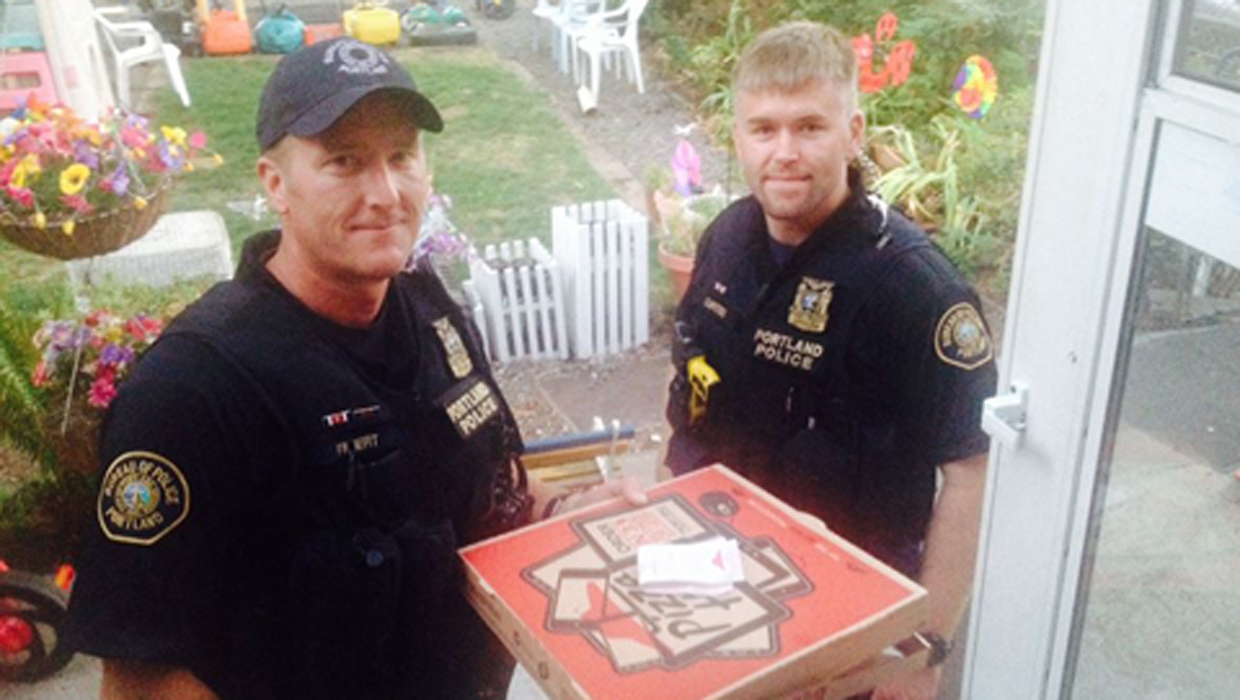 Here's how their fast-food run unfolded, according to CBS affiliate KOIN.

On Sept. 1, a Pizza Hut driver in Portland got into a crash, while heading to the home of Steve Huckins and his wife. (The driver was hurt but is now doing OK)

When the delivery was delayed, Huckins' wife called the Pizza Hut.

"So [my wife] goes, 'well we didn't get the pizza,' so [the manager] says, 'well we'll make one and I'll hand deliver it and give it to you for half price," said Huckins.

The manager was good to his word - he personally delivered a pizza to the Huckins' door.

They were just sitting down to eat, when - another knock at the door.

It was the police.

The one they had ordered in the first place.

Huckins and his wife were... well, they say they were shocked.

"They turn around to leave, and I said, 'whoa, whoa, whoa - I got to get a picture of this. No one is going to believe Portland police delivering a pizza.' So that's the picture everyone saw," Huckins said.

The photo Huckins snapped of the two officers went viral.

Huckins said he wanted to thank the two cops-turned-delivery men -- Michael Filbert and Royce Curtiss -- for going out of their way to make a special delivery.