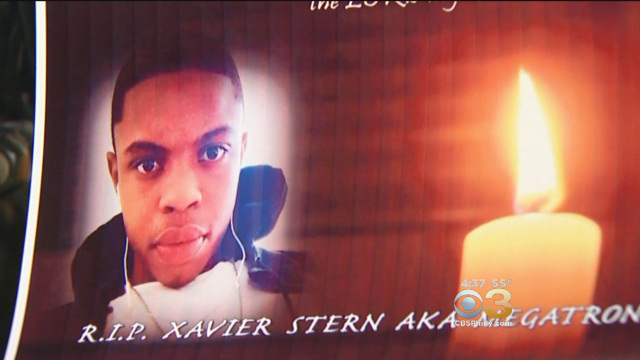 UPPER DARBY, Pa. -- Police say that they are now investigating the death of a missing 15-year-old found shot inside a car as a murder, reports CBS Philly.

Authorities say Xavier Stern had been being missing for three weeks before his body was found inside an abandoned car Friday night, according to the station. Police say the teen had taken off Nov. 22 after a verbal dispute with his father.

However, Stern had not been reported missing until the night before his body was found, according to CBS Philly.

Upper Darby Police Superintendent Michael Chitwood says that the teen was on probation at the time of his disappearance, and had cut off a tracking anklet before he ran away.

Chitwood added that Stern was involved in an incident, in which he allegedly pistol-whipped another young man, according to the station.

Philadelphia authorities have taken over the case, according to CBS Philly.