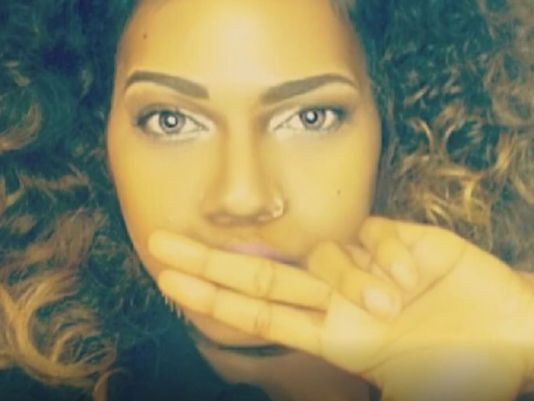 GAITHERSBURG, Md. -- Was it embarrassment that led to the murder of a 21-year-old transgender woman in Maryland?

Police say 20-year-old Rico LeBlond shot and killed Zella Ziona, whose legal name was DeAndre Smith, on Oct. 15, because Ziona "began acting flamboyantly towards LeBlond and greatly embarrassed Leblond in front of his peers," according to charging documents obtained by CBS affiliate WUSA.

Investigators wrote in the document that the suspect and victim has been engaged in a "simmering dispute that had been escalating" as a result of their friendship becoming public.

LeBlond is suspected of shooting Ziona multiple times in the head and groin.

But the victim's family tells WUSA that they're already convinced the motive was hate.

"I do believe in my heart that this was a hate crime," said Kalany Thomas, Ziona's aunt.

Kalany Thomas and Sade Thomas, a cousin of the victim, both told WUSA that Ziona previously had trouble with people because she was a transgender woman.

"I just want to know why?" Said Sade Thomas. "Why did you take such a beautiful, amazing soul like that and he was never the type of person to hate you or do anything to you?"

Twice as many transgender or gender nonconforming people have been killed in the United States this year compared to last year, according to statistics gathered by the National Coalition of Anti-Violence Programs, an advocacy group.

Ziona was the 22nd victim recorded by the group; last year there were 11.