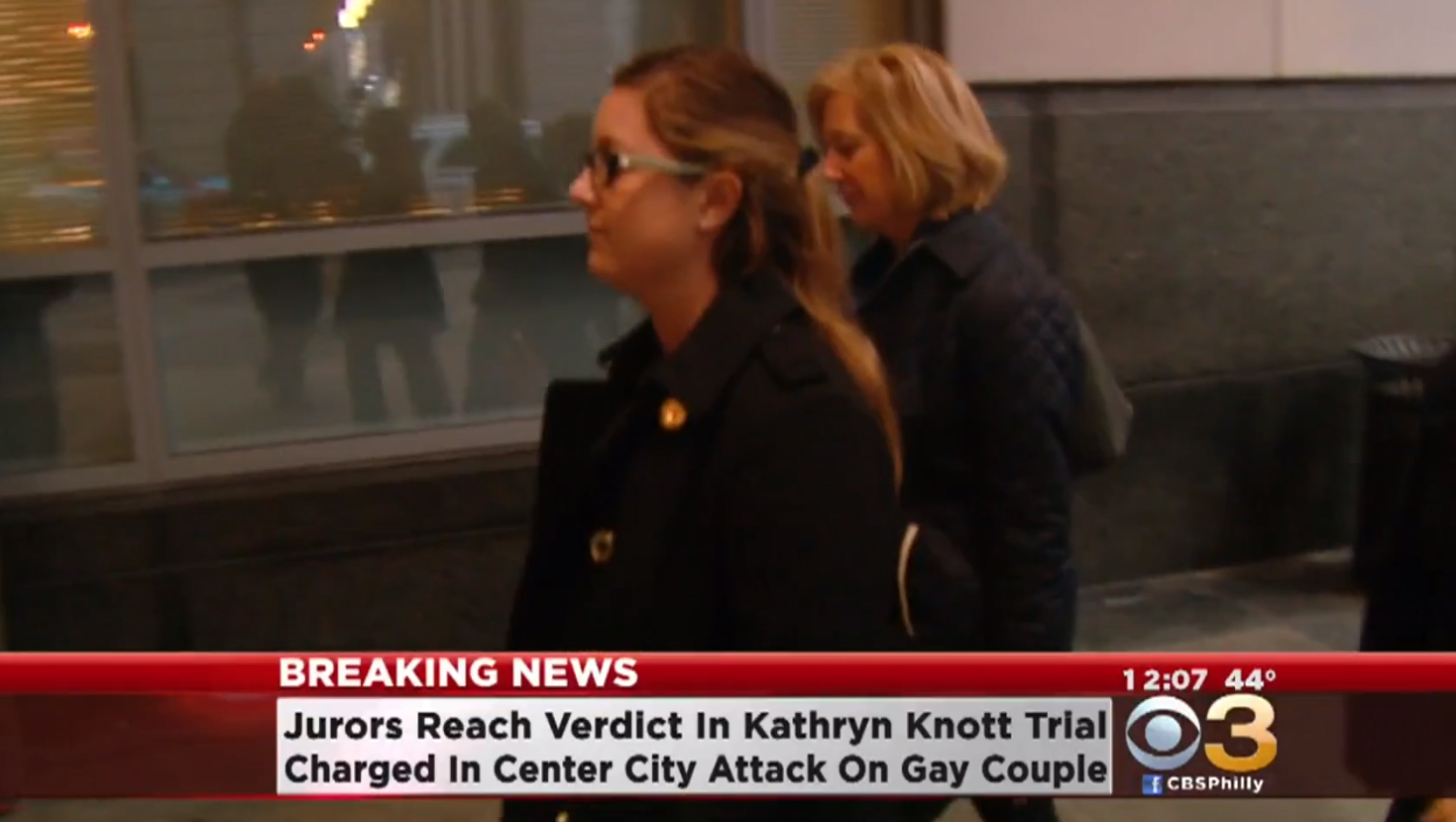 PHILADELPHIA -- The daughter of a suburban Philadelphia police chief was convicted of assault Friday but acquitted of the most serious charges in a violent attack on a gay couple last year that prompted Philadelphia to expand its hate crime laws to include sexual orientation.

A jury acquitted Kathryn Knott of four counts, including aggravated assault on each of the victims, while convicting her of simple assault, reckless endangerment and conspiracy to commit simple assault after three days of deliberations.

Knott sobbed as she huddled with her parents in court after the verdict. She remains free on bail until her Feb. 8 sentencing.

She testified she never shouted slurs at the men or threw a punch in the September 2014 assault that left one man with a broken jaw in the incident in Philadelphia's Center City.

The 25-year-old daughter of a Bucks County police chief went to trial even after two male co-defendants got probation for pleading guilty in the case in October.

Sentencing guidelines call for probation on Knott's three misdemeanors, but she could get up to two years in jail.

The victims are not expected to speak to the media.

Knott, of Southampton, Pa. was one of 15 friends, some from the same Catholic high school, who were out on the town to celebrate a birthday. The victims were walking to the city's popular "Gayborhood" to get pizza.

Witnesses said Knott was the blonde in a white dress who threw a punch during the attack. She told jurors she moved toward the victims to intervene.

Both said the dispute did not stem from any homophobia on their part, although witnesses said it began when someone in the group asked, in a profanity-laced slur, if the men were gay.

Prosecutors argued Knott's earlier tweets showed her bias against gays. She lost her job after her arrest and the social media disclosures.