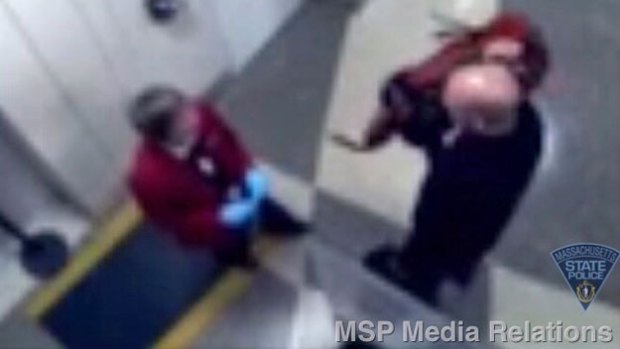 BOSTON -- A man was arrested after he allegedly smashed his large backpack into the face of a 74-year-old female security worker at Boston's Logan Airport Tuesday morning, reports CBS Boston.

Police say 53-year-old Eric Brandhorst knocked the woman to the ground at a TSA checkpoint, after she informed him that his bag was too big to take onto his flight.

A trooper patrolling the terminal subdued Brandhorst moments after the alleged attack.

State Police say Brandhorst, who was scheduled to fly to Denver, said he was "aggravated" and had "made (a) mistake."

Brandhorst was charged with assault and battery with a dangerous weapon on a person age 60 or older.

The victim was transported to Massachusetts General Hospital for bruising on her face and hip, as well as knee and shoulder injuries.