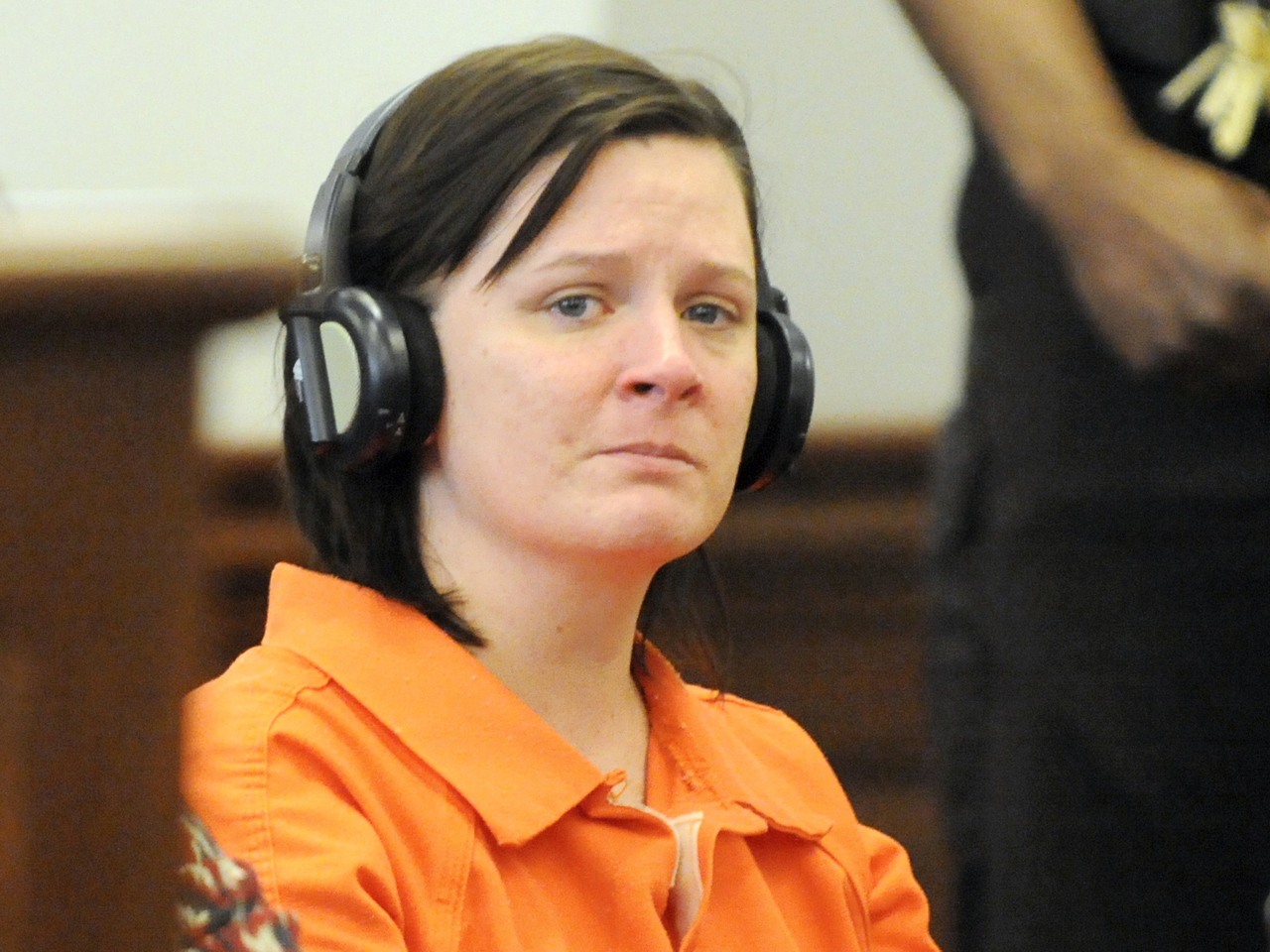 BOWLING GREEN, Ky. - A woman used a stun gun to subdue an expectant mother before killing her and cutting the baby boy from her body, a police investigator testified Tuesday.

Kentucky State Police Detective Chad Winn, speaking during a preliminary hearing in Warren County District Court, said Kathy Michelle Coy told 21-year old Jamie Stice they were going shopping for baby supplies but took her instead to a wooded area with plans to kill her.

Coy, 33, has been charged with murder and kidnapping of a minor.

Winn testified that after attacking Stice with the stun gun, Coy slit Stice's throat and wrists, then cut the baby out of her abdomen. Winn said Coy eventually led investigators to Stice's body and gave details of the slaying.

"She advised that she stunned her, her throat was slit, her wrists were slit, she was disemboweled," Winn said as members of Stice's family fled the courtroom in tears. "The baby was obviously cut out of her."

Stice's remains were found off a dirt road in southern Kentucky on April 14, less than a day after she was last seen leaving her home with Coy. Coy was arrested after showing up at a Bowling Green hospital with a newborn baby, but no signs of having given birth, Winn said.

"The defense is concerned that there are significant mental health issues," Gibson said.

Warren County Commonwealth's Attorney Chris Cohron said he may seek the death penalty for Coy, but will make that decision after any mental health issues are litigated. Cohron said the case will be presented to a grand jury within two months.

James Reynolds, the baby's father, says the infant is in good condition and that his name is Isaiah. He declined further comment.

Winn was the only witness to testify during the 30-minute hearing. About 50 spectators, some wearing red, white and blue ribbons with the names "Jamie" and "Isaiah" on them, packed into the crowded courtroom.

Coy, who has a hearing impairment, did not appear to look at or acknowledge Stice's family, but did cry before the hearing.

Winn said there is evidence that Coy, who claimed to have had a miscarriage, planned to kill a pregnant woman and steal a baby. Winn said Coy approached her 13-year-old daughter in early April about taking part in such a plot. When the daughter balked, Coy passed it off as a joke, Winn said.

Soon after, Coy approached her 14-year-old son and asked if he would take part in a murder, Winn said. The son refused and Coy didn't bring it up again, the detective testified.

After killing Stice and stealing the baby boy, Coy drove to the home of a friend and said she had given birth to the baby, Winn said. The friend told troopers that Coy was in a car, wearing no pants and sitting on the placenta while holding the baby, who had grass on him, Winn said.

The friend called for an ambulance after helping to clean the baby and taking a picture of the newborn, Winn said. At the hospital, at about 5:50 p.m. local time on April 13, Coy brought in a uterus, ovaries and placenta with umbilical cord still attached, along with the baby, Winn said.

At the hospital, Dr. Sara Mangold examined Coy and determined she didn't give birth to the baby, Winn said.

"She showed no signs whatsoever of having a child," Winn said.

After seeing the internal organs Coy presented to doctors, hospital staff suspected someone had been killed and called police, Winn said.

Coy initially insisted she gave birth to the boy, then told police she bought the baby for $550 from a woman named "Ashley," but provided few details, Winn said.

Police searched Coy's home and computer, finding links to two pregnant women on her Facebook page, Winn said. Investigators found one of the women unharmed, but couldn't find Stice, Winn said. Police would later find a stun gun and two knives believed to be used in the attack, Winn said.

"I then asked Ms. Coy if that baby was Jamie Stice's," Winn said. "She answered 'I don't know.' I was alarmed by this."

Coy eventually led detectives to a wooded area off a dirt road, where Stice's remains were located, Winn said.

"We could have never found the body if Ms. Coy didn't tell us where it was," Winn said.