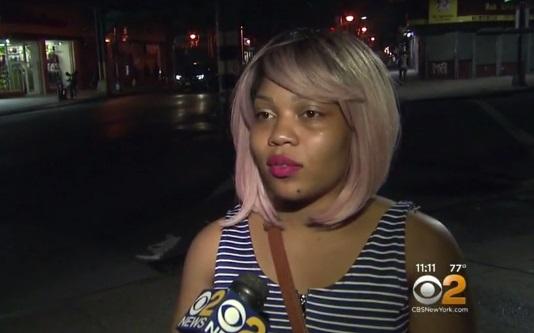 NEW YORK -- A Brooklyn woman who tossed hundreds of live crickets and worms on a crowded subway train last week as part of a video prank was arrested Tuesday.

Zaida Pugh, 21, of Brooklyn, was arrested on charges of reckless endangerment, obstructing governmental administration and falsely reporting an incident, police said. It was not immediately clear if the self-proclaimed performance artist had a lawyer.

Cellphone video of the incident was posted on social media and prompted several news reports before Pugh revealed it to be a prank.

“I’m really sorry about everything,” Pugh told the New York Post after her arrest. “I deserve it because I was wrong.”

Last Wednesday’s stunt caused panic as riders scrambled to avoid the critters. One passenger pulled the emergency brake, stranding the train on the Manhattan Bridge for 30 minutes.

Passenger Ezra Mechaber tweeted: “Woman just let crickets out on the D Train as we went over the Manhattan Bridge. Panic ensued. Someone pulled the E-Brake. Stuck. New York.

Another rider, John Ray, posted to Facebook: “We had no idea what was happening, just heard yelling, then screaming, then something flew in the air.”

Pugh, who was dressed up as a homeless person, had the stunt recorded.

Once the train came into the station she was taken to a hospital for a psychiatric evaluation and released. After she revealed the incident was a prank, police put out a warrant for her arrest.

“We thought she was an emotionally disturbed person, we took her to the hospital,” said Chief of Detectives Robert Boyce. “She went out and made further statements to the press that she’d done this on purpose.”

Pugh, who has a history of posting video pranks, said she wanted the video to go viral in order to draw attention to the plight of the homeless.

“I just wanted to do a video of what the homeless people go through and how we look at them,” Pugh told CBS New York.