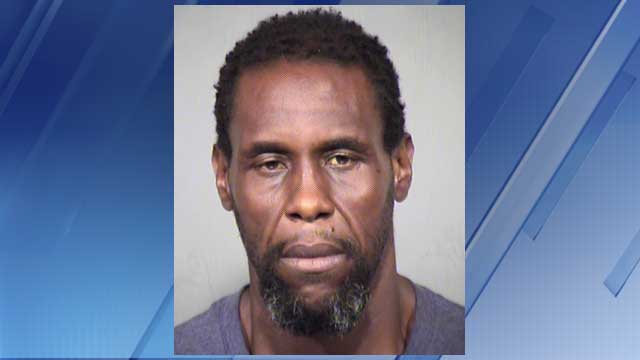 GOODYEAR, Ariz. -- Authorities say a Goodyear man is facing charges after killing the family dog in a barbecue smoker because he was upset with his teenage daughter's T-shirt.

Goodyear police say 42-year-old Patrick Zane Thompson is jailed on suspicion of animal cruelty, assault, threats against his family and tampering with evidence.

Thompson didn't have a lawyer at his initial court appearance Monday. His bond was set at $20,000.

Officers were called to Thompson's family home on Saturday.

Detectives say Thompson became upset with a shirt that his 17-year-old daughter had because he believed it had to do with the devil.

Thompson reportedly burned the shirt in a barbecue smoker parked in a side yard.

When Thompson went back into the house after burning the shirt, family members told investigators he got more erratic and told his family, in front of his four minor children, that he needed to make a sacrifice of a male, CBS affiliate KPHO reported.

According to the victims, Thompson stated it had to be either himself, his firstborn 6-year-old son or the family dog -- a small, white poodle weighing about 15 pounds. That's when the family tried to escape the home, but Thompson was still able to grab hold of the dog.

Investigators say the family pleaded with Thompson not to hurt the dog, KPHO reported.

Goodyear police tell KPHO that Thompson admitted to then breaking the dog's neck and strangling it until it "could not breathe." He allegedly told officers the sacrifice was not done and that he had to put the dog in a "lake of fire." Court documents claim he then told them that he put the dog in the heating element of the smoker, which was turned on.

When officers inspected the smoker they found the dog dead inside, KPHO reported.

When officers spoke with Thompson's wife, they said she asked for her husband to be charged.

Police said Thompson told officers that he had smoked marijuana earlier in the day.