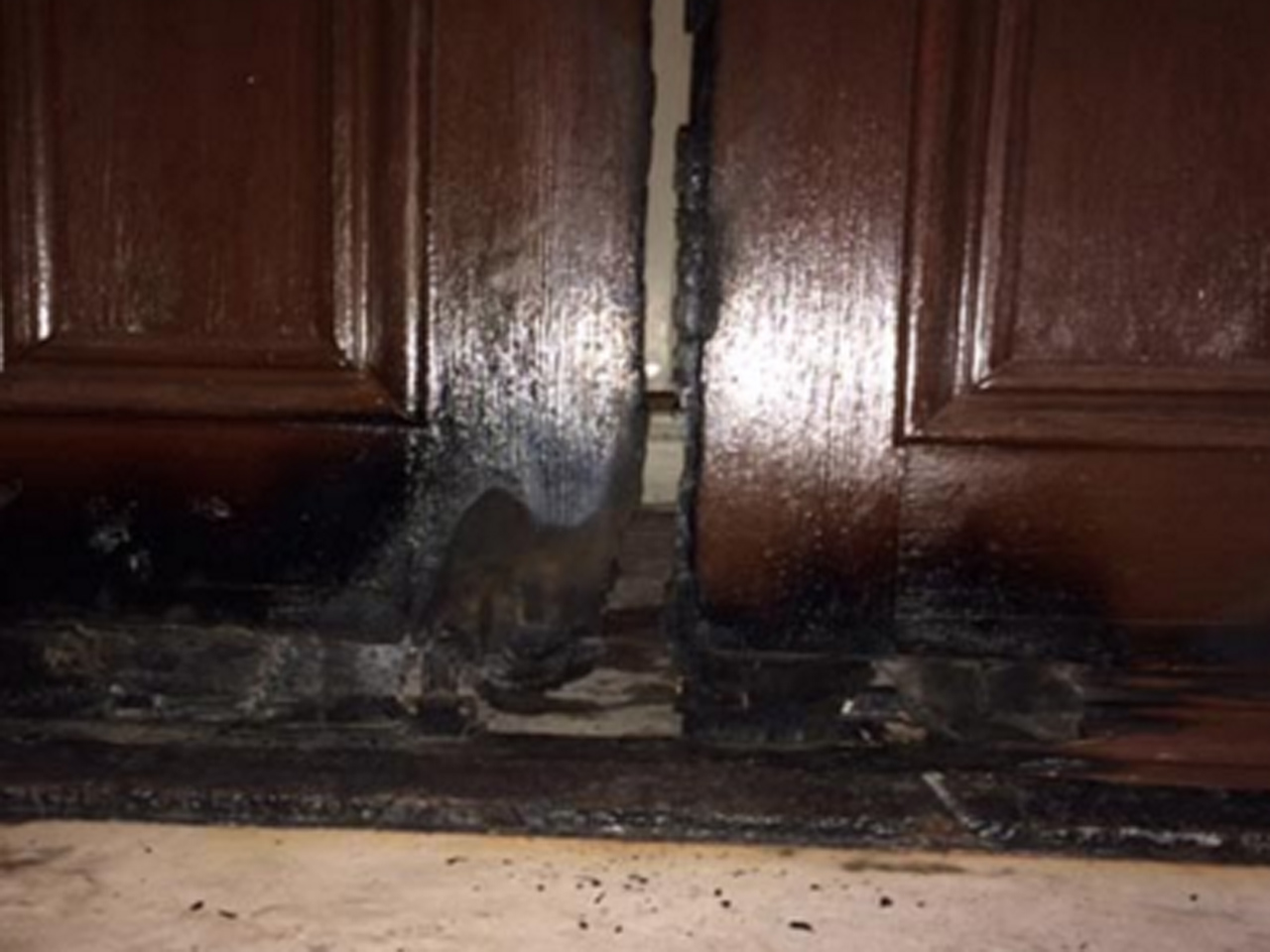 ST. LOUIS, Mo. -- Bomb and arson detectives are investigating another church fire in St. Louis, reports the CBS affiliate in the city, KMOV-TV.

A door leading to the rectory at the Shrine of St. Joseph was set on fire with an accelerant around 1:30 a.m., authorities said.

St. Louis Metropolitan Police Chief Sam Dotson told the station there are no video cameras around the area where the fire started.

This is the seventh church fire reported in the area since October 8. The others were set within a three-mile radius at churches with a predominantly African American congregation.

Thursday morning's fire was outside the three-mile radius and has a congregation that is predominantly Caucasian.

A $9,000 reward is being offered to anyone providing information that leads to an arrest in the cases.