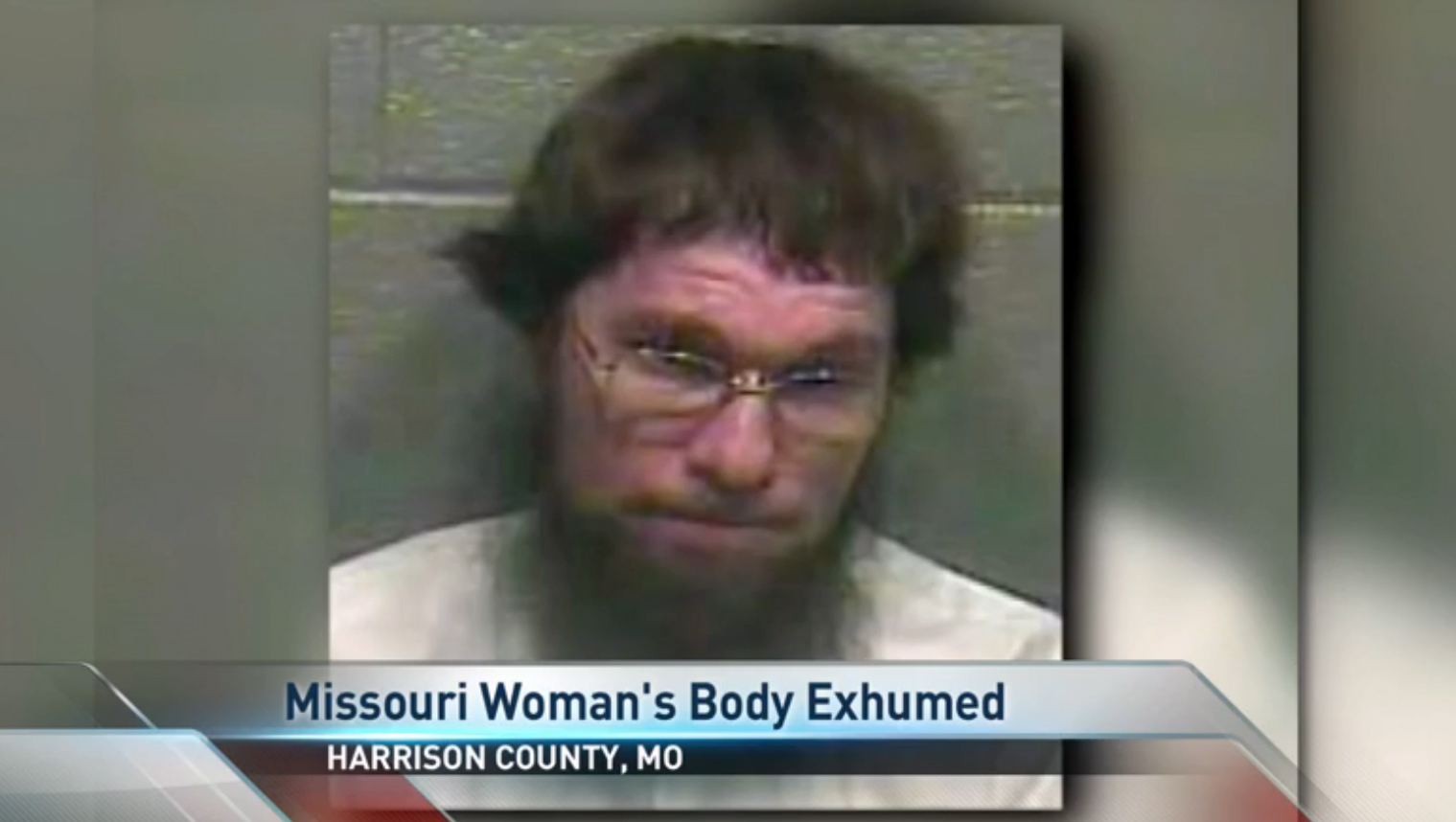 KANSAS CITY, Mo. -- A Kentucky man who served as a minister in his Amish church has confessed to fatally poisoning his wife nine years ago while working as a cabinetmaker in rural Missouri, authorities say.

Samuel Borntreger, 39, of Summer Shade, Kentucky, was charged Monday with first-degree murder in the death of his wife, Anna Yoder Borntreger. Her body was exhumed Tuesday from an Amish cemetery in Missouri.

Court records allege Borntreger went to authorities in Barren County, Kentucky, on Sunday and told them he put antifreeze in her drinks and battery acid in her rectum before her death in late 2006. Authorities provided no further details.

Borntreger is jailed without bond in Kentucky awaiting extradition to Missouri. No attorney is listed for him in online court records, and attempts to reach relatives for comment were not immediately successful.

The charges were filed in northwest Missouri's Harrison County, where prosecutor Cristine Stallings said Borntreger was "well known and liked." She said cabinetry he made adorns many homes in the area, as well as her office and that of a courtroom in the county.

Investigators are looking into Anna Borntreger's medical records, Harrison County Sheriff Josh Eckerson said. It appears she was diagnosed with a liver problem, but the problem may have been caused by poisoning, he said.

Eckerson said the couple had four children together, the youngest just 10 months old, when Anna Borntreger died at the age of 26. They were living on a farm in an Amish community northwest of the small town of Bethany. Stallings said Borntreger had a cabinetry shop and his parents also lived on the property where they ran an Amish store.

"He needed to get it off his conscience," Eckerson said of the confession. "That is why he has come forth."

Eckerson said Samuel Borntreger remarried within a year of his wife's death and had four more children. In confessing to Anna Borntreger's death, he told authorities he "didn't love her anymore," Eckerson said.

Stallings recalled she was "stunned" when his wife died.

She said Borntreger moved away from Missouri less than two years ago.

Missouri authorities only began investigating when Kentucky authorities contacted them, although some family members recently said they had suspicions at the time of her death, Eckerson said.

"They felt that maybe it wasn't actually a liver problem and that she should get a second opinion," said Eckerson, who wasn't sheriff in 2006.

There are no phone numbers listed for the last name Yoder in the Bethany area.

Eckerson said he was given a letter that Samuel Borntreger purportedly wrote to someone in Missouri before Sunday's confession, saying he had committed a crime. Eckerson said he couldn't comment further about the letter because the investigation is ongoing.

"It really took me by surprise," Eckerson said of the allegations. "This is a man who was pretty well known in the community as a cabinetmaker. I would have never dreamt of something like this happening."