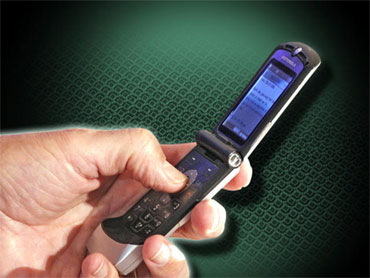 KOBUK, Alaska - A police officer in Kobuk, Alaska is charged with sexual abuse of a minor after allegedly asking a 12-year-old girl to have sex via text messages at least 20 times while on duty, according to the Alaska Dispatch.

Leon Outwater, 22, is charged with first- and second-degree sexual abuse of a minor, as well as tampering with physical evidence, court records show.

Alaska State Troopers were notified of the text messages - which were allegedly sent on Nov. 16 and 17 - by the 12-year-old’s mother, troopers tell the paper.

Authorities say Outwater “solicited the [12-year-old] female to engage in sexual intercourse with him at least 20 times during a 24-hour period via text messages,” a trooper dispatch said, according to the paper.

The texts were allegedly sent via a work phone while Outwater was on duty. He is accused of deleting the text messages from the phone upon being confronted by authorities.

Outwater was arrested Thursday and taken to the Kotzebue Regional Jail.

Outwater says he was drunk when he sent the text messages, according to court records obtained by the Anchorage Daily News.

It is unclear whether he was fired or suspended from his job.