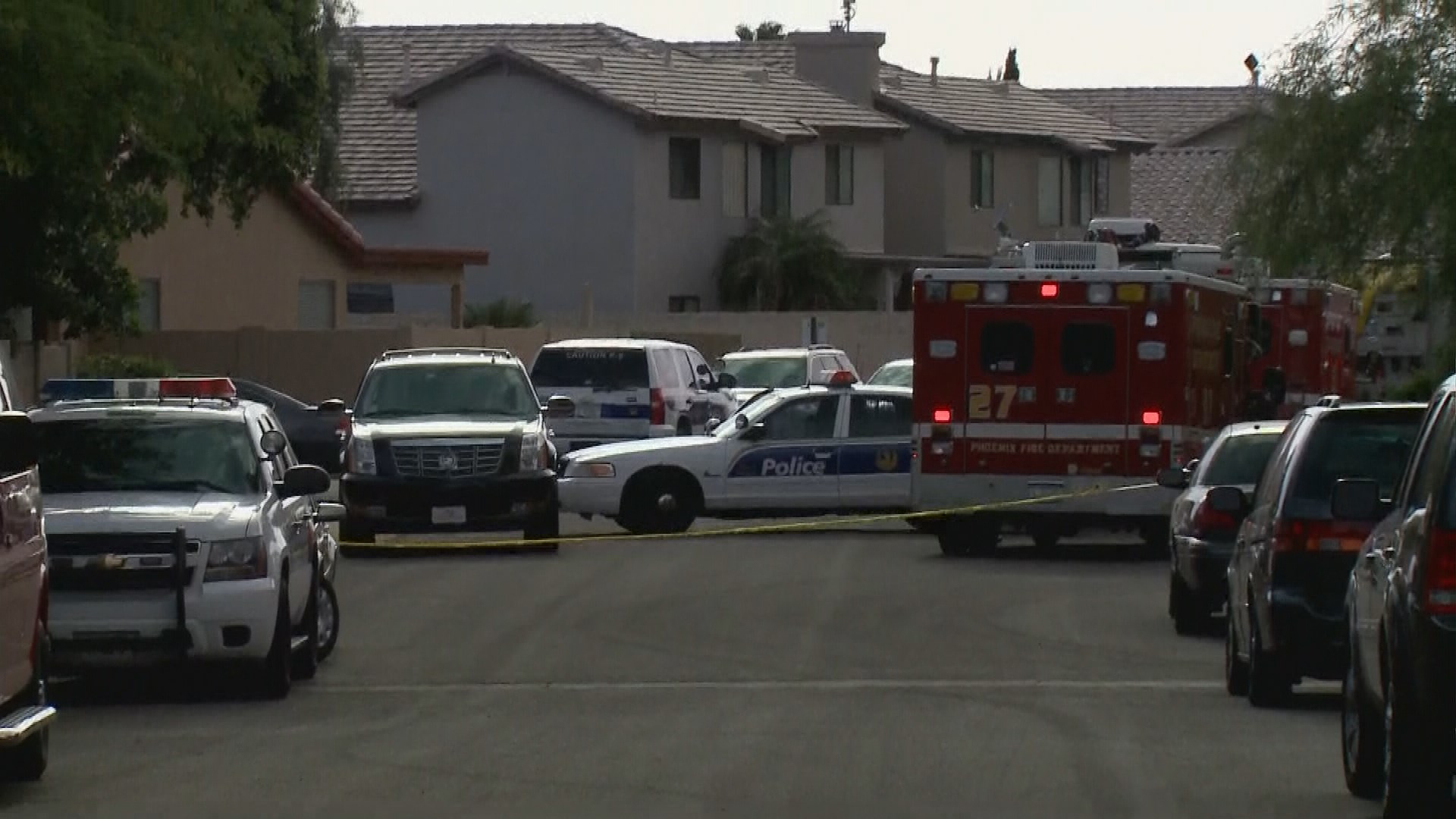 PHOENIX -- Five people were found dead inside a north Phoenix home Thursday after a shooting in a suspected family dispute, police said.

The names and ages of the three men and two women weren't immediately released, but police said they all were adults.

Officers were called to the home around 2 p.m., CBS afilliate KPHO -TV reported. A woman who was able to leave the home told officers that it was a family dispute gone wrong, according to police spokesman Sgt. Trent Crump.

"Our dispatcher could hear shots fired in the background while that call was coming in," Crump said. "A caller had been able to escape the home at that point, get out and start to give us information."

Police said it appears one man shot his two brothers, one of their wives and their mother before turning the gun on himself, according to KPHO-TV. Authorities have not released the identities of anyone involved.

The woman who called 911 escaped with two children while another woman hid inside a bathroom, according to police. The two women are also wives of the brothers; they and the children were not hurt.

"To have to go out the back of a home, taking two kids with you while you're on the phone with 911 while shots are being fired, it sounds like a very heroic act on her part," Crump said. "To have the other female come out later is pretty miraculous."

Officers discovered the bodies after an hours-long barricade situation in a residential neighborhood. Witnesses at the scene said they heard the sound of muted gunshots about an hour after a standoff began.

A SWAT team used a robot to search the house before sending in a dog and officers, Crump said.

Police are still investigating what led up to the shooting but said it may have been the result of a dispute over the family's business, a chauffeur service.

"It's gruesome to think about," neighbor Scott Pollack told the station. "But at least there's finality to it, if that's the scenario."

Police said the family is from Morocco and that getting information has been difficult due to the language barrier.