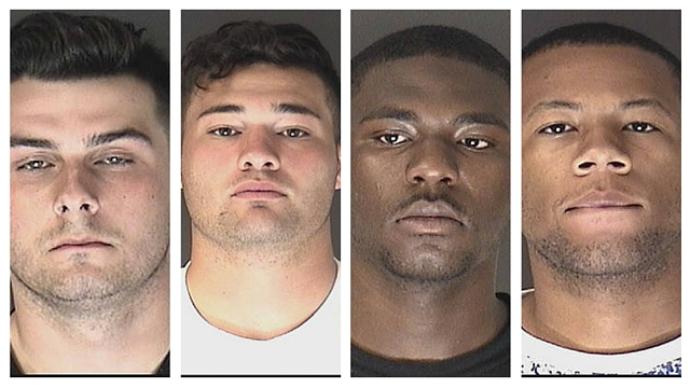 COLORADO SPRINGS, Colo. -- Police say four Fort Carson soldiers have been arrested in connection with a home invasion involving a family they knew.

The soldiers, who range in age from 19 to 21, were arrested on suspicion of burglary, menacing and child abuse after turning themselves in Sunday night in Colorado Springs.

Police say a husband and wife and their two young children were at home when the four soldiers walked in, one carrying a handgun.

Springs police say one of the suspects came in and threatened to shoot the family, CBS affiliate KKTV reported.

The men also allegedly demanded the family hand over some of their property. When the family refused, police say the suspects left, but not before warning the victims that they would return, KKTV reported.

Fort Carson spokeswoman Dani Johnson says Army officials are cooperating with the police in their investigation.