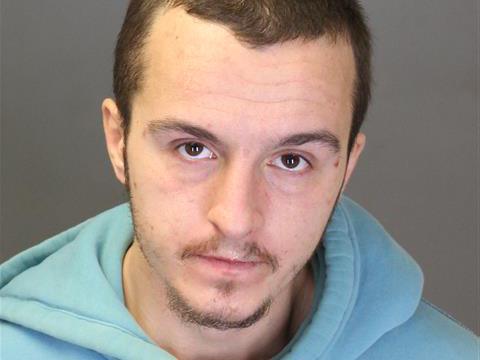 FARMINGTON HILLS, Mich. - A 24-year-old Dearborn Heights man was arrested after he allegedly set a pair of fires at a movie theater during the crowded "Star Wars" opening weekend, reports CBS Detroit.

Police say Nicholas Glenn Chelar was with friends Saturday at the Riviera Cinema in Farmington Hills, Mich., when he got up during a movie, went upstairs to the projector room, and set two fires. It is not clear which film he was attending, police said.

After he lit the flames, a fire alarm soon went off and the theater was evacuated. Firefighters extinguished one of the fires, located on a desk in the projector room, police said. The other fire had already burned out.

No one was hurt and damage was minor, according to police.

Chelar was charged with felony arson and felony larceny in a building. A $200,000 cash bond was set.

Police have not said if they determined a motive for the alleged crimes.