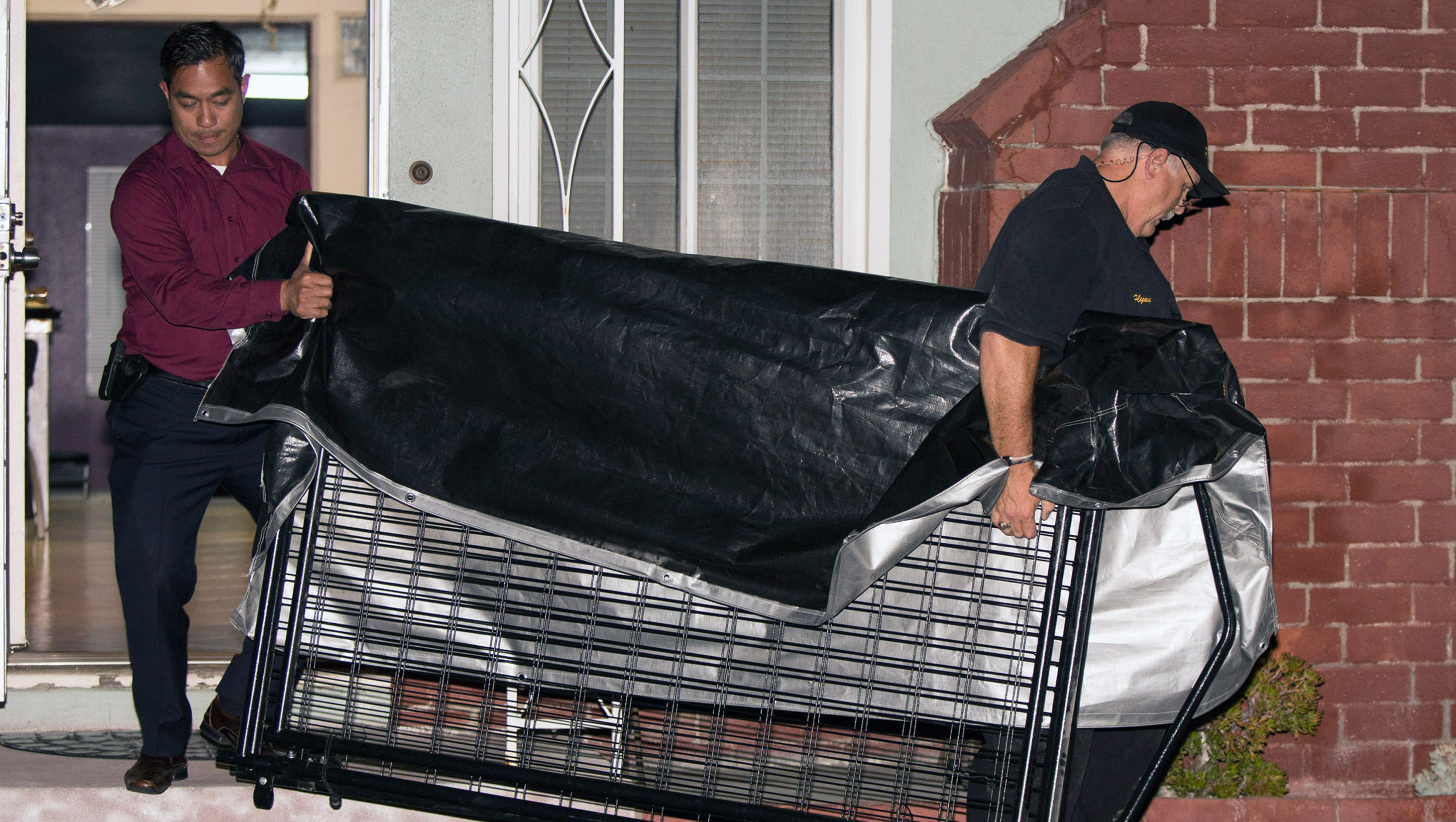 SANTA ANA, Calif. - The parents of a severely autistic boy were arrested after investigators determined the 11-year-old had been kept in a large metal cage, possibly to control his violent outbursts, authorities said Wednesday.

The cage - similar to an extra-large dog kennel - was found in the home with a mattress and other bedding inside, Anaheim police Lt. Bob Dunn said. It was roughly 6 feet tall, 5 feet long and 3 or 4 feet wide with room to stand.

The boy was not inside, but family members gave police varying accounts of how long he had been kept in it, ranging from hours to days, Dunn said.

"It appeared that as he grew older his episodes of violence and outbursts were increasing and perhaps the parents utilized the cage as a tool to modify that and to contain him when that was happening," he said.

"Obviously, putting your child in a locked cage, even if you're desperate for help, is not the best course of action," Dunn said, noting there are resources available for families in that kind of situation.

The boy's parents were arrested on suspicion of felony child endangerment and false imprisonment.

The child was well-nourished and appeared otherwise healthy and his two siblings, ages 8 and 10, were also unharmed. They were all placed in protective custody, Dunn said.

The parents speak limited English, and investigators were using translators to sort out details in the case.

Other relatives live in the home, and one room was rented to another family with children.

It wasn't immediately known if the boy's parents had an attorney. They had not made a court appearance and had not yet been formally charged.

An arraignment will occur within the next two days if prosecutors take the case, Dunn said.

There have been other instances of parents confining their children to deal with behavioral problems.

Last year, a mother in Orange County was arrested for chaining up her child while she was at work because he had been hanging out with a gang and she had no one to watch him in the evenings. Prosecutors dropped charges against her last month.

Two years ago, a California school district placed a special needs teacher on leave while it investigated a mother's claim that her 10-year-old autistic son was put in a cardboard box during class.

The use of boxes to control autistic children has caused flaps at schools around the nation in recent years, from West Virginia to Wisconsin to Washington.