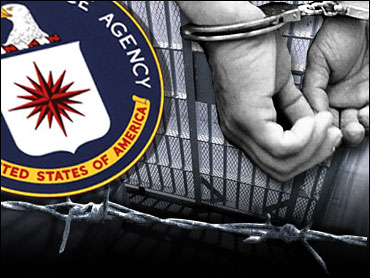 A human rights organization and lawyers for a Saudi man accused in the 2000 bombing of the USS Cole demanded Tuesday that Polish prosecutors investigate the terror suspect's detention and treatment at a CIA prison once housed in Poland.

Abd al-Rahim al-Nashiri is the first detainee subjected to the CIA's detention and interrogation program who has taken legal action in Poland, said Amrit Singh, a senior legal officer for the Open Society Justice Initiative.

Mikolaj Pietrzak, an attorney who represents al-Nashiri in Poland, told The Associated Press he filed the petition Tuesday with prosecutors in Warsaw.

The legal move in Poland could spawn similar efforts in Romania and Lithuania, which former U.S. intelligence officials and critics have identified as nations that hosted some of the CIA's so-called "black sites." Public outcry against the abandoned CIA program remains strong in Europe while lawyers for detainees and civil liberties activists have had limited success in U.S. courts in shedding new light on the secret prisons.

"We hope that the prosecutor will heed this call for a serious investigation into al-Nashiri's ill-treatment on Polish soil," Singh said. "The quest for accountability for the CIA's illegal rendition program must continue in Europe, especially as U.S. courts appear to be closing their doors to victims of this program."

Polish prosecutors have already been examining the country's involvement in a now-shuttered U.S. system of secret prisons around the globe. Inside the black sites, terror detainees were exposed to harsh interrogation methods such as the simulated drowning technique of waterboarding - a practice that critics have called torture.

"It does not require the opening of a separate investigation," he said, adding that he still had to study the documents.

The prosecutors are investigating possible abuse of power by Polish public officials in connection with the closed CIA black site near the secluded Szymany airport in northeast Poland. Flight logs trace several landings of planes linked to the CIA there. Prosecutors have been looking into the site since 2008 but have not yet filed charges.

Polish media have reported that prosecutors are considering war crimes charges against former President Aleksander Kwasniewski and two other officials in connection with the CIA prison site. Kwasniewski, Poland's president from 1995-2005, has said he was unaware of the CIA prison.

Following the AP's report earlier this month on al-Nashiri's treatment, Leszek Miller, Poland's prime minister at the time, flatly denied the existence of any such facility, saying there were "no secret CIA prisons in Poland."

On Tuesday, Miller told the AP in a telephone interview he had no comment on the petition or on whether Poland housed a CIA secret prison.

"Anybody can say what they want on the matter," Miller said.

According to several former U.S. intelligence officials, the CIA's prison in Poland - code-named "Quartz" - was shut down in late 2003. The officials spoke about the prison and al-Nashiri's case on condition of anonymity because details of the secret program remain classified. 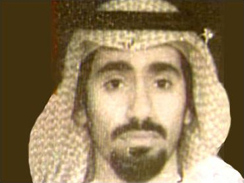 (AP)
Al-Nashiri is accused of masterminding the plot to bomb the US Navy destroyer, which was crippled on Oct. 12, 2000 by a blast detonated by a speedboat packed with explosives in the Yemeni port of Aden. The attack killed 17 American sailors and left 39 injured.

The former U.S. intelligence officials told the AP that al-Nashiri (left) was captured in Dubai in November 2002 and first taken to another CIA secret prison in Afghanistan known as the Salt Pit. After a brief stay, he was flown to a CIA prison in Thailand before being taken to Poland on Dec. 5, 2002, along with accused terrorist Abu Zubayda, the former officials said.

Details of the al-Nashiri petition to Polish prosecutors were not made public by the lawyers, but the move comes after a series of stories by the AP detailing new revelations about his four-year captivity and those of other terror suspects inside CIA black sites.

"The American justice system has failed Mr. al-Nashiri," said Nancy Hollander, his civilian lawyer in the United States. "The U.S. government has yet to provide any accountability for the illegal imprisonment or horrific torture to which U.S. agents have subjected him for almost a decade. Therefore, we are seeking to intervene in the investigation in Poland in the hopes that a court finally will recognize the injustice he has suffered."

According to the former intelligence officials and an internal CIA special review of the program, an agency officer named Albert revved a bitless power drill near the head of a naked and hooded al-Nashiri while he was held in the Polish prison. The CIA officer also took an unloaded semiautomatic handgun to the cell where al-Nashiri was shackled and racked the weapon's ammunition chamber once or twice next to his head, the review reported.

The Arabic-speaking Albert, who once worked for the FBI as a linguist, was not a trained interrogator or authorized to use enhanced interrogation techniques, the special review said.

A U.S. official said the special review, led by an inspector general, showed the agency had dealt with the reported abuses. "The fact that individuals inside the program surfaced these kinds of issues themselves with the inspector general speaks to a high level of rigor and concern about the care and treatment of detainees," said the official, who also spoke on condition of anonymity because details of the secret program remain classified.

During al-Nashiri's Poland detention, Albert also scoured him with a stiff brush and threatened his family, according to both former officials and the special review.

"We could get your mother in here," and "We can bring your family in here," Albert is quoted as saying in the CIA document. The stiff brush was "intended to induce pain on al-Nashiri," according to the special review.

The U.S. official said the use of the brush did not lead to injuries and had also been scrutinized by Justice prosecutors.

Albert and his superior in charge of the jail were both reprimanded. The CIA's inspector general referred the case to the Bush administration's Justice Department. Prosecutors declined in September 2003 to charge Albert with a crime but federal authorities are reviewing the case again. Albert has since returned to intelligence work as a contract employee.

Al-Nashiri was waterboarded in Thailand, according to previous accounts. The others subjected to the simulated drowning technique were Zubayda and Khalid Sheikh Mohammed, the accused overseer of the Sept. 11 terror attacks.

According to the former officials and flight records, al-Nashiri was moved from Poland to Rabat, Morocco, on June 6, 2003, where he stayed until Sept. 22, 2003 when he was flown to the Guantanamo Bay camp in Cuba. On March 27, 2004, he was flown from Guantanamo and back to Rabat. Eventually he was moved to another CIA prison in Bucharest, Romania, living with five other detainees before surfacing in Guantanamo again in September 2006.

Al-Nashiri's case is in limbo as the White House decides whether to prosecute him in a U.S. military or a federal civilian court. He is still detained in Guantanamo, his Polish lawyer says.

Efforts by human rights lawyers to learn more about the CIA secret prison network were set back earlier this month when the 9th U.S. Circuit Court of Appeals dismissed a lawsuit filed by five terrorism suspects against a Boeing Co. subsidiary.

The men said they were flown to secret prisons and tortured. They had sued the Jeppesen Dataplan aviation firm in 2007, claiming their flights amounted to illegal "forced disappearances," and the San Jose-based subsidiary conspired with the CIA to operate the program.
By Associated Press Writers Adam Goldman and Monika Scislowska