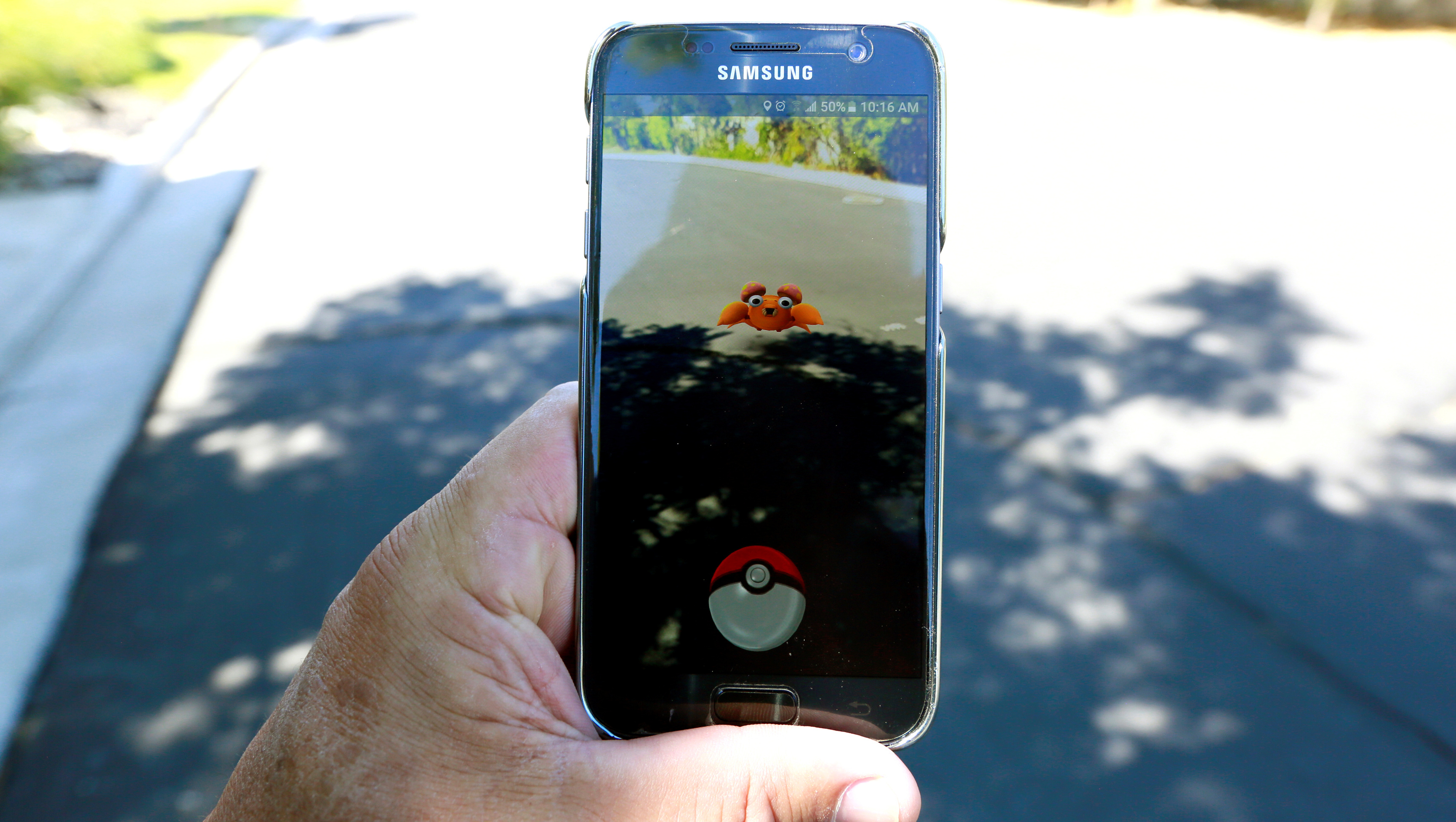 The Orange County Register reports 24-year-old Seth Ortega and 27-year-old Javier Soch were playing the popular smartphone game in a Fullerton park Tuesday when they noticed a man bothering a woman with three children. The men, college students and Marine Corps veterans, warned the man and kept an eye on him.

When they saw him follow another woman with children, and then touch one of the kids, the roommates grabbed the man.

Police arrested him for child annoyance and found that he had an outstanding warrant for attempted murder in Sonoma County.

Officials have not released the suspect's name.