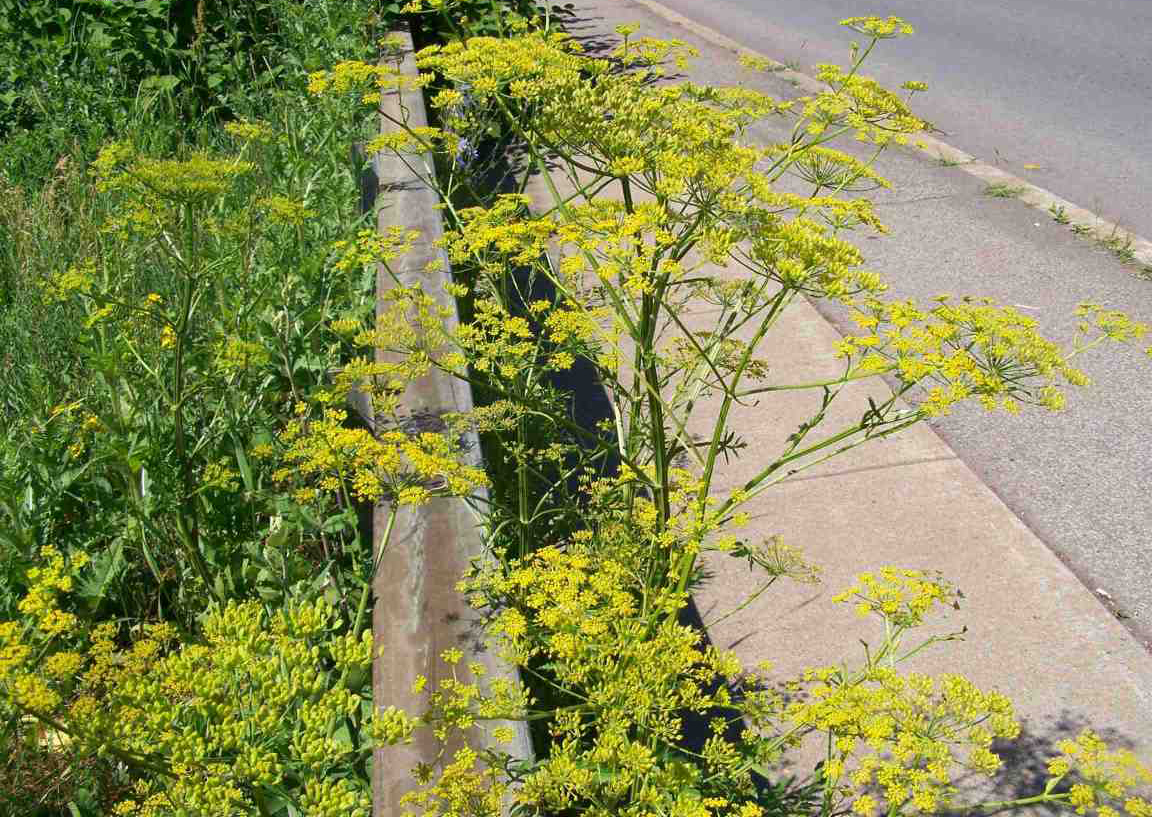 As summer drags on around the country, people are taking to the outdoors to enjoy the nature while the weather is right. But, a summer stroll could turn into a stay in the hospital if you get your hands on harmless-looking poisonous plants.

One Iowa man is warning about the wild parsnip, a poisonous plant that's looks like wildflowers, dill or Queen Anne's Lace. When Jack Boyt's son got in contact with the plant while mowing, his arms were covered in burns, blisters and welts.

"It was bad, worse than anything he's ever had," Boyt told CBS News.

Wild parsnip originated in Europe where its roots were eaten, according to Iowa State University. It flowers mostly from May through July.

The plant contains a substance called psoralen that when touched and subsequently put under sunlight, could cause a reaction known as "phytophotodermatitis."

That can lead to reddening of the skin, a rash, and blisters, burning and scalding pain.

Dark red or brownish skin discoloration appears where the burn or blisters first formed, and can last for several months.

"At least warn people, but at best, start to get rid of this stuff," said Boyt.

While poison ivy, poison oak and poison sumac are the most common offenders when it comes to poisonous plants, health officials in states like Maryland have recently been warning against the lesser-known giant hogweed. A dangerous, invasive weed, at present it grows in states including New York, Pennsylvania, Oregon and Washington.

It's part of the carrot family but can grow over 14 feet long, according to the N.Y. Department of Environmental Conservation. The plant's sap contains toxins that, like the parsnip, can cause a skin reaction that's extremely sensitive to light. A blister may form within 48 hours and cause scarring that can last from few months to several years. If the sap gets into your eye, it can cause blindness.

If you come in contact with the plant, get out of the sunlight immediately and wash exposed area with cold water. Apply sunscreen to the affected areas could also prevent further reactions.

The most common problems with poisonous plants, according to the Centers for Disease Control and Prevention, arise from contact with the sap oil found in poison ivy, poison oak and poison sumac. The oil these plants release when their leaves are bruised, called urushiol, could cause an itchy red rash with bumps or blisters. Depending on the rash's spread, a brush with one of these poisonous plants can be debilitating. Outdoor workers are especially at risk, but since children are outdoors this summer, parents may want to know what the plants look like and ensure their children avoid them.

The CDC adds burning poison ivy, oak or sumac can backfire, and cause lung irritation if inhaled.

Wear long sleeves, pants or boots to prevent contact with poisonous plants, the CDC recommends. Exposed clothing should be washed separately with hot water and detergent following a day out. Barrier skin creams may offer protection if you plan to be outdoors.

If you come in contact with poison ivy, oak or sumac, immediately rinse your skin with rubbing alcohol or dishwashing soap, and use lots of water. Wet compresses can reduce itching or blistering. So too, may oatmeal baths or an antihistamine.

The CDC has more information on poisonous plants.