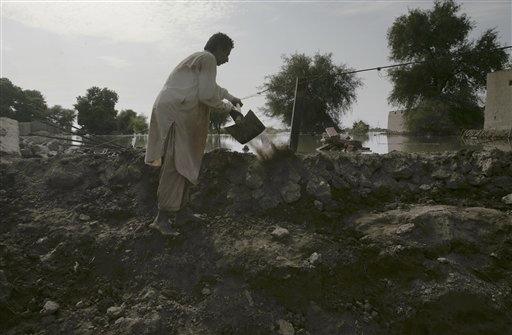 Nearly 5 million poisonings occur each year in the United States. Many of them happen to children, but experts are worried about another age group: adults over 60, The Early Show Consumer Correspondent Susan Koeppen reports.

Back in July, he put those vitamins in a vial so he could take them to a family barbecue. After lunch, he started popping his pills.

Medina says, "I kept taking them and swallowing them, 20, 24 of these things."

He didn't realize until later his big mistake. Instead of taking his vitamins, he grabbed his wife's pain medication. That vial says: take one tablet daily.

He says, "I was very afraid. I thought this was it."

His wife, Marie, rushed him to the hospital.

Marie Medina recalls, "Once we were in the hospital, he started to shake and then (became) nauseated, and still a couple of days later, still, he was trembling, like shaking."

David Medina recovered and is now doing fine. But doctors told him he could have suffered serious liver damage if he had taken just a few more of his wife's pills.

Ed Krenzelok runs the Pittsburgh Poison Center, where more and more calls are coming from seniors who accidentally poison themselves. Most are overdosing on their very own medications.

The average senior takes five prescription drugs a day. That can lead to dangerous interactions - and adverse reactions.

Many seniors have failing eyesight. It's easy for them to mix up medications and take the wrong drug. Memory lapses are common in seniors. So they take extra doses accidentally.

Krenzelok says, "Someone has set their medication out and maybe a couple of days' worth, and they took it, and then they can't remember: 'Did I take it or not? I can't remember. Well, I'd better just take another one to be safe.' "

Only about 5 percent of poisonings involve seniors, adults over 60, but nearly half of all poisoning-related deaths occur in this age group.

Seniors often have pre-existing medical problems, so when those are coupled with poisoning, the outcome can be fatal.

Krenzelok says, "You get so many variables and they seem to compound, one on the other, and sometimes it just ends up being a disaster."

At Ferri Pharmacy in Murrysville, Pa., it's a family-run business where 30 to 40 percent of the customers are elderly.

Asked how often customers come in and say, "I'm having a problem taking my medication," Bill Ferri says, "In the course of a day, three or four times a day. I'm sure we get situations where they request help over and above just picking up their prescription, and taking it with them."

To help their customers keep their medications straight, the pharmacists offer something called a blister pack.

Ferri explains it, "This is where we put the actual medication in a window. It's just like a bingo card."

The pills are filled into the slots; the pack is then heated and sealed. So once the pills are put in, and it's sealed, they can just pop out the pill they need.

The blister pack helps cut down on confusion. It's easier for customers to see automatically if they took a pill or not. Experts say these devices can also be life-savers: pill boxes that hold your medication for the week.

It's something Marie Medina uses.

She says, "And that helps me not mistake or overdose. I think it's the best way to do it. "

Is she letting her husband put vitamins in vials anymore?

Marie Medina says, "No, no, not anymore."

He adds, "It's easy to mix things up if you're not careful, and take something that you shouldn't take."