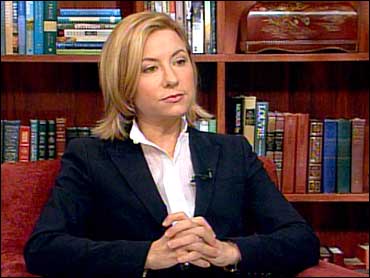 Poison ivy is getting nastier.

That's the conclusion of researchers at Duke University and the United States Department of Agriculture. They say it's growing more quickly, with larger leaves — and the oil on them, the stuff that gives people rashes, is more potent.

Scientists say it's worse than ever for a number of reasons. Among them: an increase in the amount of carbon dioxide in the air. That's the same thing causing global warming.

On The Early Show Monday, medical correspondent Dr. Emily Senay said this all means poison ivy is now more plentiful, more capable of causing rashers, and with rashes that are harder to get rid of.

If you've ever been near the woods, you've probably been told to watch out for poison ivy, and those itch-inducing leaves that often appear in groups of three, Senay pointed out. Those leaves can grow either from shrubs or from vines, which are often located at the outer edges of forests, where clearings end and woods begin. Poison ivy plants produce an oil called urushiol that causes an allergic reaction in many people's skin.

One complicating factor, she noted, is that, while the oil starts penetrating the skin within minutes, the allergic reaction it causes often takes between 12 hours and two days to develop. That means people who are exposed and don't realize it don't necessarily get away from the plant as soon as they might have otherwise.

Poll: Many in U.S. ignorant of July 4th history

And just because you don't get a rash from initial exposures doesn't mean you're out of the woods, Senay observed: Poison ivy is one of those irritants, bee stings being another, to which sensitivity can rise with each event. In other words, every time you touch poison ivy, your chances of suffering a reaction may grow.

It's estimated that 85 percent of the population will eventually have reactions with continued exposure. At the same time, you can't suffer a reaction by touching another person's rash. It's the oil itself that causes the reaction, not the rash.

The rashes on the skin can be pretty ugly, with redness and swelling, followed by blisters. There's often a burning itch, to match. Once it's there, the rash can take 10 days or more to disappear, Senay continued.

And, she said, the new research shows things getting worse on the poison ivy front.

The researchers at Duke and the USDA say that during the last 50 years or so, the leaves of poison ivy plants have been getting larger — by as much as 60 percent in some individual plants. The leaves are growing back more quickly after animals eat them or humans try to clear them away, and the itch-inducing oil on those leaves has become more potent. That means a quantity of oil that might once have been too little to trigger a reaction might now start the rash and the itching.

Wearing long sleeves and long pants can help people avoid exposure to poison ivy, Senay says, as can memorizing how its leaves look, so you can evade them.

But, if you do come in contact, the American Academy of Dermatology suggests that you wash off your skin as soon as you possibly can. You can get water from a stream, a lake or a garden hose. Washing might prevent the oil from penetrating the skin. You should make sure to wash your clothes and anything else that might have touched the oil because, otherwise, it can linger for months, and cause allergic reactions if you touch it. And if you do have a reaction, products such as calamine lotion or baths containing an oatmeal or baking soda solution might help relieve the itching.