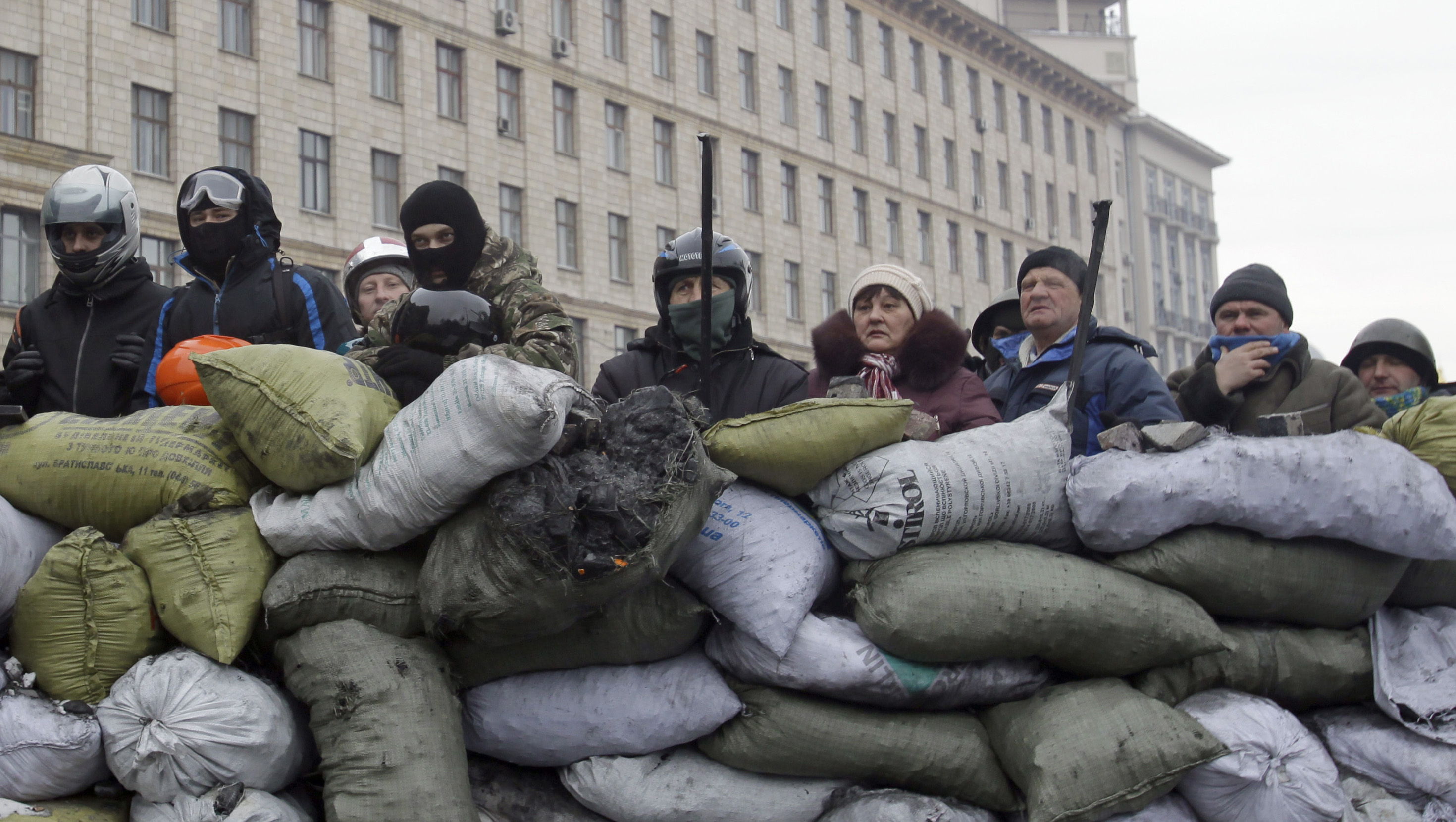 KIEV, Ukraine -- Vice President Joe Biden spoke by phone Tuesday with Ukraine's president for the third time in a week, urging him to end the political crisis in the former Soviet republic.

Protesters have filled the streets since President Viktor Yanukovych rejected an economic deal with Europe and drew closer to Russia.

Anti-government protesters on Kiev's central square have barricaded themselves in, determined to stay put after days of deadly clashes.

Now the police have retreated, and on Tuesday the country's unpopular prime minister resigned.

But that won't be enough for many here, who claim the government is corrupt and increasingly authoritarian -- and too close to Russia.

Inside Kiev's City Hall, which is occupied by protesters, an unemployed waiter named Andre said had no plans to leave.

"I will stay here until the president will go, and the government as well," he said.

Asked if he wanted Yanukovych to quit, Andre replied: "Yes, of course. First, president and his team, get out please."

These demonstrations began peacefully in November when Yanukovych turned his back on a free trade treaty with Europe in favor of a $15 billion rescue package from Russia.

But after enduring years of Russian rule during the Soviet era, many Ukrainians still fear political interference from Moscow.

Masha Borysova, a 19-year-old protester, explained why many Ukrainians want their country to move away from Russia and toward Europe and democracy.

"I don't want my country to be a little part of a foreign power like it was since many centuries. And I don't want their country to understand my country like something not worth to be an independent state, you see," she said.

On Wednesday, Ukraine's parliament will vote on an amnesty that would free protesters arrested during the last two months.  It's another attempt to appease the demonstrators - but they say they'll only be satisfied if the president resigns and the country holds fresh elections.