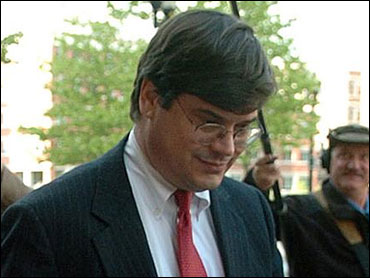 A Pentagon analyst charged with providing classified information to an Israeli official and members of a pro-Israeli lobbying group will plead guilty, according to the U.S. District Court clerk's office.

Lawrence A. Franklin, 58, of Kearneysville, W.Va., was indicted in June on charges of leaking classified materials — including information about potential attacks on U.S. forces in Iraq — to two members of the American Israel Public Affairs Committee and an Israeli official.

Edward Adams, a spokesman for U.S. District Court Clerk in Alexandria, said a hearing to accept Franklin's guilty plea has been scheduled for Wednesday. However, the charges to which he would enter the plea were not disclosed. Franklin was indicted on five charges.

Detailed information about plea agreements is not typically filed in court until the plea is officially entered.

The two AIPAC officials who allegedly received the information, Steve Rosen and Keith Weissman, have been charged with conspiring to obtain and disclose classified U.S. defense information. No plea hearings have been scheduled in their cases.

Rosen, a top AIPAC lobbyist for more than 20 years, and Weissman allegedly disclosed sensitive information as far back as 1999 on a variety of topics, including al Qaeda, terrorist activities in Central Asia, the bombing of Khobar Towers in Saudi Arabia and U.S. policy in Iran, according to the indictment against them.

U.S. Attorney Paul McNulty said in August that Franklin, Rosen and Weissman were motivated by a desire to advance their own foreign policy agendas and careers.