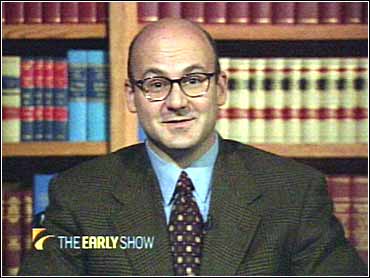 You don't need to be a lawyer, or a rocket scientist, to understand that the government's case against former Los Alamos nuclear weapons scientist Wen Ho Lee is in trouble beyond the issue of whether Lee ought to be released on bail pending his trial.

Indeed, when U.S. District Judge James A. Parker declared last week that the government's evidence "no longer has the requisite clarity and persuasive character" necessary to keep Lee behind bars, he was not-so-subtly implying that he thinks federal prosecutors are going to have a devil of a time convicting Lee "beyond a reasonable doubt" at his New Mexico trial come November.

Indeed, Parker apparently thinks so little now of the government's case against Lee that he reportedly directed the parties last week to engage in a round of plea negotiations aimed at stopping the case short of trial.

Although a federal judge can do just about anything, most federal judges wouldn't nudge the parties in a criminal case in that particular direction at this particular time unless he or she thought that a plea deal was the most reasonable and just result in the circumstances.

So what happened? Why has a federal judge changed his mind about the government's evidence? Why will Lee be set free prior to trial, albeit with many restrictions on his freedom, despite the fact that the feds still claim that he jeopardized national security by mishandling the "crown jewels" of the nation's nuclear weapons program? How has the government's case lost its "clarity and persuasive character"? And what does Lee's pending release on bail mean to the government's case at trial?

This case is where it is today because too many prosecution witnesses have changed their tunes over time about Lee's alleged involvement in this mess and now the judge simply doesn't buy into the government's various theories of the case.

For example, on the issue of national security as a basis for keeping Lee in jail pending trial, the feds continued to claim last week that if Lee were released he still could turn over to another country enormous sensitive information he had improperly downloaded. But the same official who made that claim also conceded that he had offered inaccurate testimony about Lee in the past.

Then Lee's sharp attorneys put on a couple of expert witnesses who pooh-poohed the government's Chicken Little theory. Those folks testified that the information Lee purportedly was ready to turn over to the enemy would not be of any great significance and already had been published. Judge Parker, therefore, had a couple of good reasons not to believe the claim by the government that Lee was ready, willing and able upon his release to distribute abroad the highly sensitive information prosecutors say he downloaded (and that leaves aside the greater question, of course, of whether and how in the world Lee still would have access to such information).

Then there is FBI agent Robert Messemerwho had previously testified that Lee had lied to the fellow whose computer Lee purportedly had used to download the information. Last week, Messemer apparently changed that testimony, at least as it relates to Lee's credibility on this point. This gave Judge Parker another reason to doubt the government's case against Lee, to believe a bit more in Lee's credibility, and to look for additional ways to order Lee's release on bail.

Then Messemer reportedly changed his story about Lee's purported motives for committing the crime. The feds earlier had told the judge that Lee had downloaded the material in order to help himself get a job overseas and they pointed to letters on Lee's computers to several potential employers in foreign countries as proof of this plan. But Messemer last week was again forced to concede that Lee's job-hunting letters were neither sent by Lee nor received by those overseas companies. So much for much proof of motive.

Now, a bail hearing is not a trial. During bail proceedings, judges are supposed to analyze evidence under a presumption that all suspects are to be released from jail pending trial unless the government can establish a specific reason why they shouldn't be released. So Judge Parker was reviewing the evidence in this case at this stage in a light favorable to Lee using standards that will not apply at trial. This legal distinction perhaps will give optimists in the government's camp some hope that Judge Parker's ruling doesn't foreshadow the jury's verdict in November.

But if presiding judge has doubts about the case, even at this early stage, imagine what good defense attorneys will be able to do with the 12 jurors who are supposed to give Lee the benefit of every reasonable doubt when evaluating the government's case at trial.

If the prosecutors now also are imaging such a scenario, we very well may see a plea deal in this case sooner rather than later.